Stereotypes of Muslims in Hollywood Films Difficult to Change: Professor of Film Studies 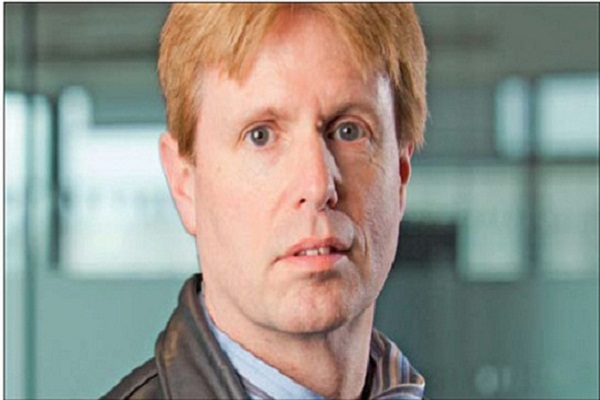 A professor of film studies said Hollywood movies cannot be considered propaganda against Muslims or other groups, but acknowledged that there are very negative and damaging stereotypes of Muslims in those movies.

According to rahyafte (the missionaries and converts website):  “It is necessary to note that the Hollywood studios are not state-owned or state-controlled. They operate in a profit-driven environment, where they make the films they make because they think that they can make money with them. That is not always something the US government likes,” Professor Chris Berry.

“I don’t think these films are propaganda, because I think propaganda can only be produced by the state and Hollywood is not a state-owned industry. But I do acknowledge the existence of these very negative and damaging stereotypes of Muslims, and also of many other groups,” he said.

Chris Berry teaches at King’s College London. He has a PhD in Theater Arts from the University of California, Los Angeles (UCLA). His research interests include Chinese and East Asian cinema and screen cultures.

Q: Throughout history, some authoritarian regimes have used art, especially performing arts, to advance their ideologies. What are such governments more interested in the art of cinema?

A: Many governments, and not only authoritarian ones, have been attracted to communicating through the cinema. Until the spread of television and now the internet, it was the visual medium that reached the largest number of people. Lenin is famously reputed to have said “Cinema is the most important art,” and, no doubt, its capacity to reach the people was in his mind. Cinema’s appeal lay in other areas as well as its reach. In parts of the world where illiteracy was or is high, a medium is that primarily visual and aural is more powerful than newspapers. Its entertaining formats also made it more appealing for audiences.

Q: Some believe that Hollywood cinema, despite its high level of art and technology, has been a kind of propaganda tool to justify some of the foreign policies of the US governments. Do you agree with this opinion?

A: Before I answer this question, I need to say a few things about propaganda. In English and many other languages, propaganda is a negative term. I specialize in Chinese cinema. Interestingly, the Chinese term for propaganda is the same as the term for publicity – 宣传, xuanchuan. Indeed, “propaganda” is often simply “publicity” that you don’t like. It is also associated with a state – generally, even if we don’t like a private company’s publicity we don’t call it “propaganda.” So, that takes me back to the question of the relationship between Hollywood and the American government.

It is necessary to note that the Hollywood studios are not state-owned or state-controlled. They operate in a profit-driven environment, where they make the films they make because they think that they can make money with them. That is not always something the US government likes. Over the last few years, the value of the Chinese box office has been growing very quickly and it is now as valuable or more valuable than that of the USA. Therefore, Hollywood has been eager to work with China and make films that can be screened in China, even if this means bowing down before the Chinese government and avoiding so-called “sensitive issues.” This has caused criticism from US politicians.

But it is also true that, especially in the past, the US government has been very conscious of the worldwide appeal of Hollywood films and their ability to both enhance and damage the image of the US overseas. Hollywood was referred to as “The Little State Department” precisely because of this.  However, the US government has not had any direct control over the content of those films. The US Constitution’s First Amendment makes direct censorship difficult, and the industry has chosen to regulate itself to ensure its continuing popularity. That has included taking advice from the State Department and other government offices on what will be popular overseas. So, the industry and the government have been mutually supportive without one being directly controlled by the other. So, remembering that “propaganda” is produced by states, I don’t think we can say Hollywood films are propaganda, even if they often produce narratives that the US government also shares.

Q: Throughout Hollywood’s history, we have seen advertisements in films of other races and nationalities (such as Germans and Russians). It seems that Muslims have now become negative elements in Hollywood movies. what is your opinion?

A: By “advertisements” do you mean negative stereotypes? If so, this is not something new. Jack G. Shaheen’s Reel Bad Arabs: How Hollywood Vilifies a People was first published in 2001, and it has been updated since. Of course, I know that not all Muslims are Arabs and not all Arabs are Muslims. But part of Hollywood’s stereotype is the conflation of the two! Hollywood is not the origin of those stereotypes, which are deeply culturally embedded, and not only in the USA. It is also very difficult to dislodge stereotypes because they are taken for granted – a sort of shorthand.

Q: What do you think is the reason for the success of some of the films that propagate political propaganda against Muslims?

A: As I’ve just said, I don’t think these films are propaganda, because I think propaganda can only be produced by the state and Hollywood is not a state-owned industry. But I do acknowledge the existence of these very negative and damaging stereotypes of Muslims, and also of many other groups. I think the stereotypes themselves are not making a film successful or a failure. They are just taken for granted, and that’s why they are a problem and why they are difficult to change.

Q: Some believe that governments like China, with large investments in the film industry, will follow in Hollywood’s footsteps with regard to Muslims. How important do you think this is for the Chinese government and its politicians?

A: If you look at some of China’s most successful recent films, Wolf Warrior 2 and Operation Red Sea, you will see that China has developed similar stereotypes to those circulating in Hollywood. These films are set in Africa, and swarthy men wearing keffiyeh scarves are the villains. China has its own history of anxiety about Islam as a potential alternative source of authority and generator of loyalty, which makes the Chinese government uncomfortable. This is an industry that is directly controlled through government censorship, unlike Hollywood. So, if images like these are appearing, it certainly does mean that the Chinese government approves of them.