A Christian King and the Oppressed Muslims 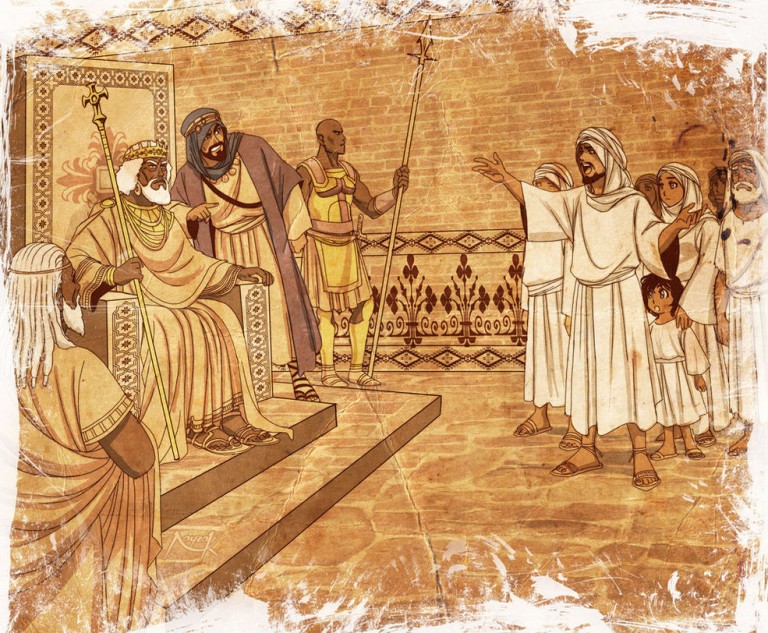 Muslims believe that like all other prophets, Jesus came to teach people these fundamental truths:

According to rahyafte (the missionaries and converts website)  Muslims believe that like all other prophets, Jesus came to teach people these fundamental truths:

When Prophet Muhammad started his mission of inviting people to monotheism in Mecca, the people of that land turned against him and his followers.  They tortured and even killed many followers of Prophet Muhammad (PBUH). When life became unbearable, the Prophet asked his hapless followers to emigrate to the safer land of Abyssinia (modern day Ethiopia),  whose king Negus was a believing Christian and known for his justice and fairness. This event is a watershed event in the Islamic history and Muslims always feel gratitude towards the generosity of the Christian king.  This event provides the theological basis for Muslims on how they can live among non Muslims as law abiding citizens.

While there are many lessons that Muslim derive from this part of their history, one aspect of this event is the concise teachings of Islam that  is contained in the speech of Jaafar Ibn Abi Talib that he gave in the court of Negus.  Jaafar (may God be pleased with him)  was one of the disciples of Muhammad (PBUH) who  had emigrated to Abyssinia along with most other early Muslims to escape persecution in Mecca as mentioned earlier.

However, Meccans didn’t leave these Muslims alone  even in a foreign land. They sent two of their strongest envoys to demand their extradition and bring these Muslims back to Mecca. The Meccan envoys demanded the Muslims’ extradition from King  Negus on grounds that they had abandoned the religion of their forefathers, and their leader (Muhammad, PBUH) was preaching a religion different from theirs and from that of the Kking.

“O King! we were plunged in the depth of ignorance and barbarism; we adored   idols,

we ate the dead meat,

and we spoke abominations,

we disregarded every feeling of humanity,

and the duties of hospitality and neighborhood were neglected;

we knew no law but that of the strong,

when Allah raised among us a man,

of whose birth, truthfulness, honesty, and purity we were aware;

and he called to the Oneness of Allah ,

and taught us not to associate anything with Him.

“He forbade us the worship of idols;

and he enjoined us to speak the truth,

to be faithful to our trusts,

to be merciful and to regard the rights of the neighbors and kith and kin;

he forbade us to speak evil of women,

or to eat the substance of orphans;

he ordered us to flee from the vices,

and to abstain from evil;

to render alms, and to observe fast.

We have believed in him, we have accepted his teachings and his injunctions to worship Allah, and not to associate anything with Him, and we have allowed what He has allowed, and prohibited what He has prohibited.

For this reason, our people have risen against us,have persecuted us in order to make us forsake the worship of Allah and return to the worship of idols and other abominations.

They have tortured and injured us, until finding no safety among them; we have come    to your country, and hope you will protect us from oppression.”

Then after further questioning from the King the next day, Jafar said this about Jesus:

We speak about Jesus (PBUH) as we have been taught by our prophet (PBUH) that he is servant of Allah, His Messenger, His Spirit, His word breathed into Virgin Mary.

The king then asked Jaafar to recite something from Qur’an. Jaafar recited section of Surah Maryam. Thereupon the King said “It seems as if these words and those which were revealed to Jesus are the rays of the light which have radiated from the same source. [Reference: Ar-Raheeq Al-Makhtum]

While this is the opinion of one Christian King,  the speech of Jaafar to King Negus not only sums up what Islam is, but also what Muslims believe  what the real  teachings of Jesus is, that is Islam itself.  This is explicitly stated in Qur’an in several places. One example is given below:

He has ordained for you of religion what He enjoined upon Noah and that which We have revealed to you, [O Muhammad], and what We enjoined upon Abraham and Moses and Jesus – to establish the religion and not be divided therein. Difficult for those who associate others with Allah is that to which you invite them. Allah chooses for Himself whom He wills and guides to Himself whoever turns back [to Him]. (Ash Shuraa Chapter 42 V 13)

With this small booklet, we hope we are able to convey our point of view to our Christian neighbors in a simple and concise manner.  Our goal is not be offensive or abuse anyone’s feelings. If there is something which is harsh or offensive, then that is not our intent. Kindly let us know so that we can use better language to communicate. The  Qur’an teaches that we must deal with people of the book (and all other human beings) with kindness and humility.