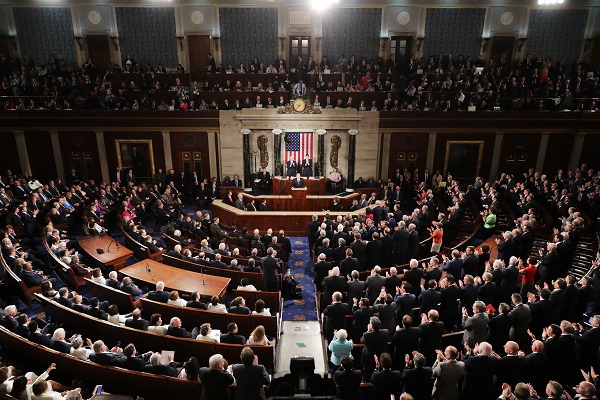 When US Republican Rep. Lauren Boebert cracked a racist, Islamophobic joke about Democratic Rep. Ilhan Omar, it wasn’t the first time she mocked the Muslim congresswoman from Minnesota.

According to Rahyafte(the missionaries and converts website)Boebert had derided Omar during a House floor debate last month, taunting the Somali-born, Muslim-American immigrant as a member of the “jihad squad” of liberal lawmakers.

The House on Tuesday took the first formal step at a response, with a 219-212 party-line vote to approve legislation sponsored by Omar that would establish a new special envoy position at the State Department to monitor and combat Islamophobia worldwide.

In introducing the debate, Rep. James McGovern, the Democratic chairman of the House Rules Committee, cited surveys showing an uptick of anti-Muslim sentiment nationwide and around the world — and the need for an energetic US response.

McGovern said the House had arrived at this moment because a colleague has “told a completely fabricated story again and again that implies a Muslim colleague is a terrorist … just because they are Muslim.”

Those actions are “a stain on this entire institution,” he said, without naming Boebert, the freshman lawmaker from Colorado. “This House is better than the worst actions of a few here.”

The bill is unlikely to advance in the Senate. But the ordeal provides yet another window onto the state of affairs in the Republican Party left behind by Donald Trump, almost a year after his supporters stormed the Capitol trying to overturn Joe Biden’s election. Republican leaders are unwilling or unable to publicly admonish their own, particularly those allied with Trump, even when their everyday rhetoric borders on racist hate speech.

Speaker Nancy Pelosi told reporters Tuesday’s vote will not be the last word from the Democratic leaders on Boebert’s behavior.

But they have repeatedly said it’s up to the Republican leadership to stand up to their most outspoken members who cross a line. The Democrats so far have refrained from more punitive actions of censuring Boebert or removing her committee assignments, as they have for other lawmakers — and as some Democrats wanted.

Rep. Kevin McCarthy, the minority leader, has not signaled any further steps.

McCarthy, R-Calif., has said he helped engineer a phone call between Boebert and Omar days after the Republican’s remarks came under scrutiny.

And before the call, he said Boebert had apologized.

But her apology — “to anyone in the Muslim community I offended” — fell short for some lawmakers.

Rather than smoothing tensions, the call between Boebert and Omar ended abruptly. Boebert refused Omar’s request for a public apology, and said Omar hung up on her. Omar said in a statement that she ended an unproductive call.

Boebert set off the firestorm around Thanksgiving after a video posted to Facebook showed her telling constituents about an interaction with Omar at a House elevator.

As she stepped on the elevator, Boebert said she spotted Omar. “Well, she doesn’t have a backpack,” Boebert recalled saying, an apparent reference to a suicide bomb. “We should be fine.”

Omar, one of just a few Muslims in US Congress and the only lawmaker who regularly wears a religious headscarf, said the scene never happened.

It wasn’t the first time Boebert, the conservative newcomer, has tested the rules of civility.

Last month, Boebert derided Omar as a member of the “jihad squad” during the House debate to censure another Republican, Rep. Paul Gosar, R-Ariz. He was being reprimanded for having tweeted an animated video depicting the slaying of another member of the so-called “squad” of liberal lawmakers, Rep. Alexandria Ocasio-Cortez, D-N.Y.

In many ways, the Republican lawmakers are taking a page from Trump’s playbook. On the campaign trail and in the White House, Trump routinely mocked minority groups, derided certain African countries with a vulgarity, and slapped a ban on arrivals from predominantly Muslim countries as one of his early executive actions as president.

Omar, who arrived in the US as a child and now serves on the House Foreign Affairs Committee, spoke during Tuesday’s debate about the bill, saying that as a country founded on religious liberty, the US must fight against religious persecution of Muslims and others worldwide.

“We must lead the global effort,” she said. “As Americans we should stand united against all forms of bigotry.”

Republican opponents said the bill was too quickly produced, failed to fully define “Islamophobia” and shouldn’t provide special protections for Muslims separate from other religious groups.