A high school athlete was disqualified from playing at her school’s volleyball game after a referee cited that her hijab violated the rules. 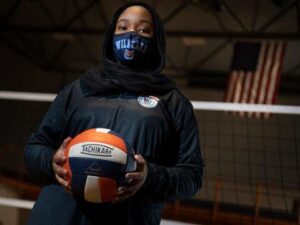 According to rahyafte (the missionaries and converts website):    A high school athlete was disqualified from playing at her school’s volleyball game after a referee cited that her hijab violated the rules.

Najah Aqeel, who is a ninth grader at Valor Collegiate Academies, a public charter network based in Nashville, Tennessee, was due to play at an away game for the freshman volleyball team on Tuesday. Right before the start of the game, the referee told Najah and her assistant coach that her hijab violated the rules set by the National Federation of State High School Associations (NFHS), the national body that writes the rules for numerous sports for most high schools across the country, and that she required special permission to play. 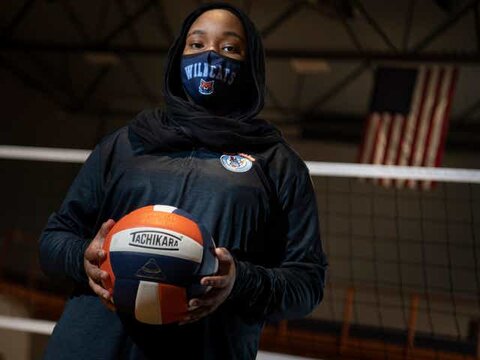 Neither Najah nor her coaches knew anything about the requirement. She had already played games wearing the hijab. Angered by the lack of communication and the arbitrary enforcement of the rule, Najah began to cry.

“I was crying, not because I was hurt. I was crying because I was angry. I just thought it was unfair,” Najah told HuffPost. Najah’s mother, Aliya Aqeel, who was present to watch her daughter play, was devastated and tried to get answers.

Najah is not the first Muslim student-athlete to have been disqualified from a high school competition due to the hijab. In 2018, Muslim teen Noor Alexandria Abukaram was disqualified from her race in Ohio after completing her personal best time because officials said her hijab violated the uniform and she needed to have a waiver.

Beyond schools, Muslim athletes in professional leagues have also faced similar challenges due to their hijabs, and many said they felt forced to choose between their faith and their passion for sports. Advocates have since called on both athletic departments and international leagues alike to end singling out Muslims and update what they call antiqued rules that have particularly targeted Muslim women.

A spokesperson for Valor Collegiate Academies told HuffPost that it had no idea the policy existed until that game, and that its other hijab-wearing athletes at the school had never had an issue.

“As an athletic department, we are extremely disappointed that we were not aware of this rule or previously informed of this rule in our 3 years as a TSSAA [Tennessee Secondary School Athletic Association] member school. We are also frustrated that this rule has been selectively enforced as evidenced by the fact that student-athletes have previously competed while wearing hijabs,” said Cameron Hill, the director of Athletics at Valor Collegiate Academies in a statement.

Although the school was able to get a waiver for Najah and future players, Hill called the rule “discriminatory” and “inequitable.”

When asked about the headwear rule, TSSAA, the state-level member of NFHS, told HuffPost it was just following the rules set by the national organization.

“TSSAA has always granted exceptions to any student that wishes to participate with headwear, or other articles of clothing, due to religious reasons,” said Bernard Childress, the executive director of the organization.

“The request in this situation was submitted to our office on Wednesday, September 16, and was approved immediately,” he added. But for Najah, it was too late. She was forced to sit out Tuesday’s game.

Neither the NHFS or the Middle Tennessee Volleyball Association — the administration that supplied the referee — responded to HuffPost’s request for comment. 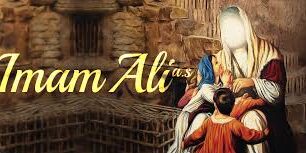 I chose wearing hijab from the first week as a Muslim