“The innocence of Hazrat Zahra (S.A.) and Imam Ali (A.S.) caused me to become the lover of the Infallible Imams (A.S.) and have tendency to this religion.” 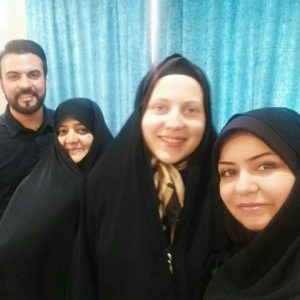 According to rahyafte (the missionaries and converts website):
On the first day of the year 1397, the Hungarian Lady by presence at the Razavi Holy Shrine saying the declaration of her faith converted to Islam.
Coincident with the beginning of the New Year and the spring of nature, Andra Ibupa Marshen, Christian Lady, converted from Christianity to Islam by presence at the Razavi Illuminated Court and chose Shi’ism.
“I was born in a Protestant Christian family with a very strong religious orientation and since the beginning of my youthfulness I had many questions about Christianity, which I did not find an answer for and this made me feel disappointed with this religion” she said.
“As my family was one of the most influential members of the church and my behavior was discordant to those values of Christianity, gradually I was rejected by them and this led me to travel to Turkey” Marshen stated.
“I studied covertly about Islam for eight years and the introduction of my acquaintance with Islam was one of the Muslim mosques and doing cultural activities there” she said.
“I studied a lot of books and I found the answer in Islam and I learned Turkish language for familiarity with Islam and I strengthened my relations with Muslims” the newly-Muslim lady added. 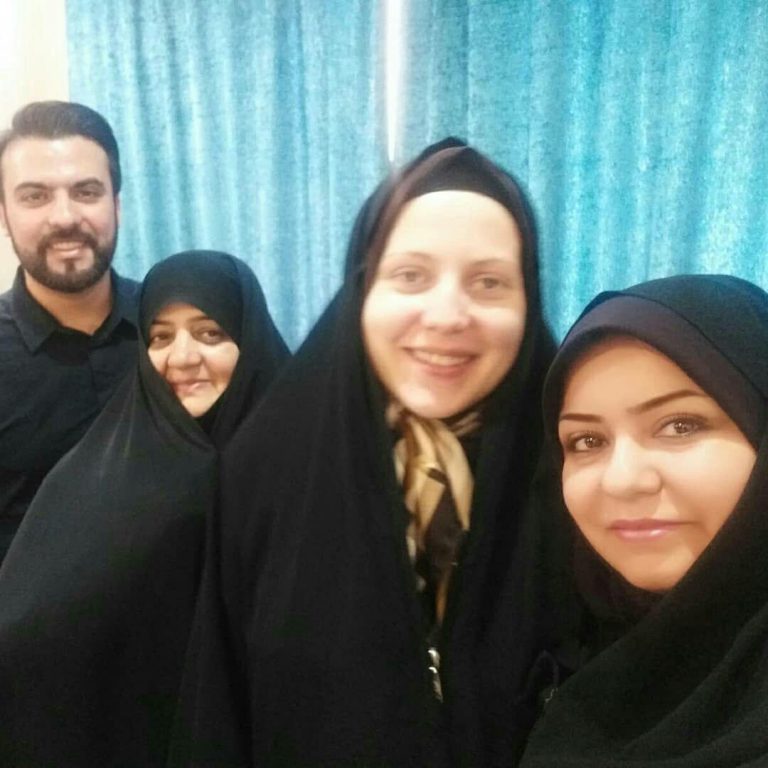 Marshen, mentioned Ashura and events in Karbala a starting point for absorbing Shi’ite Islam and stated, “The innocence of Hazrat Zahra (S.A.) and Imam Ali (A.S.) caused me to become the lover of the Infallible Imams (A.S.) and have tendency to this religion.”
“I endured many hardships on this path and Islam was worth it. Although I have been rejected by the family, the Prophet (S.A.W.) and the Infallible Imams (A.S.) are part of my family and I feel them closer than my own family” she expressed.
“In order to communicate with Imam Reza (A.S.) before the trip to Mashhad, I watched a series on Imam Reza’s (A.S.) life to find out more about him” she said.
“I wish I could find out more about Infallible Imams (A.S.) and Imam Reza (A.S.) and make them an example and leader in my life and strengthen my beliefs” she remarked.
Source: Astan Quds Razavi
DUA: Allah please accept this from us. You are All-Hearing and All-Knowing. You are The Most Forgiving.You are The Most Relenting and repeatedly Merciful. Allah grant us The Taufiq to read all the 5 prayers with sincerity.
(Taken from: To Be Earnest In Prayers By Amina Elahi)
■ Feel Free to Share the posts with your Friends…
■ You too can take part and help us in sharing the knowledge…
■ May ALLAH SWT reward you for conveying His Message To Mankind 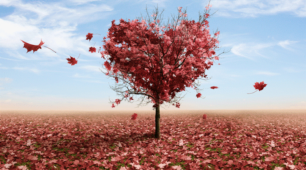