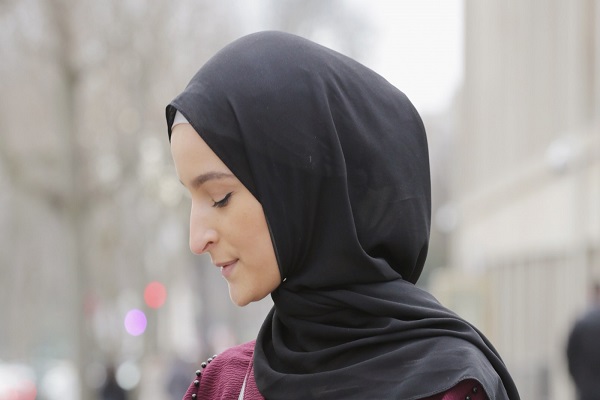 A federal lawsuit was filed by a Muslim civil rights and advocacy organization against Frontier Justice in Lee’s Summit in the US state of Missouri claiming the gun range’s dress code discriminates against Muslim women in hijab.

According to Rahyafte(the missionaries and converts website) Rania Barakat, who was named as the plaintiff in the lawsuit, contends that staff at Frontier Justice denied her access to the gun range on after she refused to remove her hijab, a religious head covering worn by Muslim women, according to a news release from The Council on American-Islamic Relations (CAIR), a Washington, DC-based civil rights organization.

The lawsuit alleging that Frontier Justice discriminates based on religion was filed Tuesday in U.S. District Court in Kansas City by CAIR and the Independence law firm of Baldwin & Vernon in Independence.

“The actions of Frontier Justice have made it clear that Muslim women are not welcome in their establishment,” CAIR staff attorney Zanah Ghalawanji in a news release.

“The treatment Rania Barakat received from Frontier Justice represents a clear case of religious discrimination and a violation of Title II of the Civil Rights Act. We demand that they end their bigoted, discriminatory policies and practices and allow Muslim women to use their services like any other customer.”

In July, CAIR asked the U.S. Department of Justice to investigate the alleged civil rights violations at Frontier Justice.

At the time, Bren Brown, Frontier Justice’s president, denied that Barakat was discriminated against, saying that she was asked to adhere to a dress code that is applied to all patrons equally.

Barakat contends in the suit that she and her husband had gone to the gun range on New Year’s Day. At the time of her visit, she was wearing a hijab according to her religious belief.

While in line, they filled out a liability waiver form and when she approached the cashier, the employee told her that she must remove her hijab, citing the gun range’s dress code policy, according to the suit.

After repeatedly asking to see the dress code policy, the employee responded that “hats, caps, bandannas, or any other head covering will be removed in the facility, except baseball caps facing forward.”

When Barakat asked why her hijab is included in the policy, the employee responded that they didn’t know and called over the range manager, who explained that shrapnel can cause her hijab and skin to burn, she contends.

Barakat and her husband responded that they have gone shooting multiple times while she wore a hijab and had no issues. Her husband also explained that people wear long sleeves and shirts that cover their necks to protect them from shrapnel.

The manager “firmly stated that those gun ranges are not Frontier Justice and they have different rules,” according to the lawsuit. Barakat contends the manager’s tone was aggressive and loud in an effort to have them leave. Barakat and her husband ultimately decided to leave.

The next day, she and her husband went to another gun range and discussed the situation with employees there. Barakat contends that they told her Frontier Justice had a reputation for turning away Muslims. The employees told her that she was welcome to shoot with her hijab.

Barakat contends that she called Frontier Justice later in the week, but they refused to provide additional information about the New Year’s Day incident.

The lawsuit contends that Frontier Justice has denied other Muslims access to its facility because of their hijabs. The lawsuit cites online reviews from others claiming they’ve been turned away too, some who were given the reason that the scarfs cover their identity.

The lawsuit also contends that Frontier Justice enforces its policy on a discriminatory basis that disproportionately impacts Muslim women.

Social media posts show men shooting at the range with baseball caps facing backward, a woman in a winter hat and another wearing a scarf wrapped around her neck, according to the suit.

The lawsuit seeks a court order finding that Frontier Justice’s policies violate the Civil Rights Act and prohibit the gun range and its employees from engaging in any act that discriminates anyone based on their religion.

The lawsuit also seeks an unspecified amount for attorney and legal fees and any relief the court deems proper.