Insulting Islam’s Prophet Cannot Be Justified as Freedom of Expression 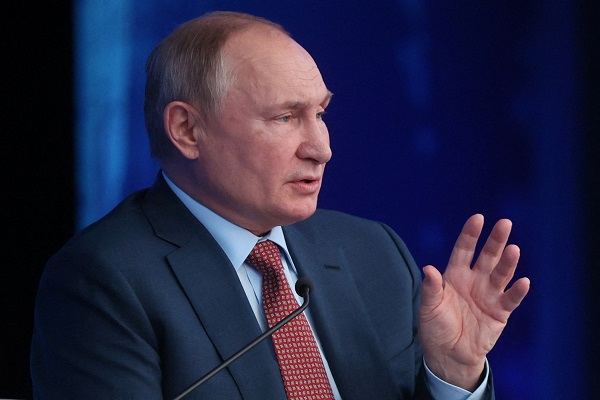 Russia’s president stressed that insulting the sanctities of others cannot be justified by freedom of expression.

According to Rahyafte(the missionaries and converts website) Speaking at a press conference on Thursday, Vladimir Putin said insulting feelings of believers in the name of freedom of creativity cannot be justified.

In response to a question about the line between insulting someone’s feelings and “the artist’s right to express,” he said, “Let’s think about this aspect of the issue. We must provide freedom in general, because a sad and boring future awaits us without it, but we must realize that this freedom contradicts our goals when it tampers with someone else’s freedom.”

The Russian president added, “Does insulting the Prophet Muhammad [PBUH] represent freedom of creativity? I don’t think so. Such matters call for other, more extreme phenomena.”

While praising artistic freedom in general, Putin said it has its limits and it shouldn’t infringe on other freedoms.

Russia has evolved as a multi-ethnic and multi-confessional state, so Russians, he said, are used to respecting each other’s traditions. In some other countries, this respect comes in short supply, he said.