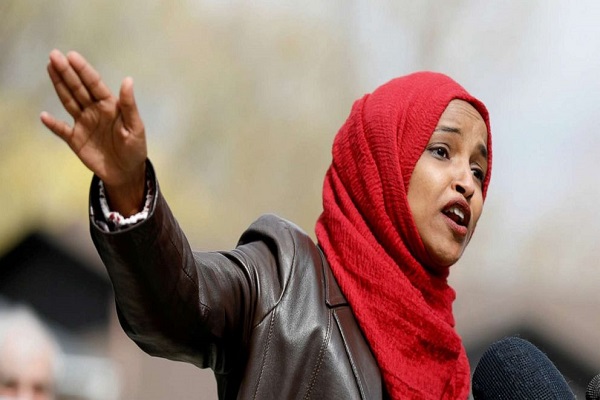 A far-right US Republican congresswoman launched an Islamophobic attack on her Democratic colleague Ilhan Omar, calling the Minnesota representative “bloodthirsty” and an apologist for terrorism.

According to Rahyafte(the missionaries and converts website)Marjorie Taylor Green, who represents the north-western corner of Georgia in the US House of Representatives, appeared on a TV show hosted by former Trump advisor Steve Bannon on Tuesday to defend similar comments made by fellow Republican Rep Lauren Boebert.

Boebert was forced to apologize “to anyone in the Muslim community I offended” on Friday after a video emerged showing her calling Omar, a Somali-born US citizen and practicing Muslim who represents Minnesota in the House, “evil” and “black-hearted”.

But on Tuesday Green declared that “Lauren Boebert did nothing wrong”, making a series of false or exaggerated claims about Omar.

“This is one of the worst members of Congress. She’s a disgrace to our nation.”

Meanwhile, on Monday, CNN’s investigative unit K-File unearthed a second video of Boebert making similar comments. As in the first video, she told a story about getting into an elevator with Omar and said she only felt safe because Omar was not wearing a backpack.

Omar responded: “It just gets worse. This is unhinged, and she continues to be emboldened by her party. This is their brand and it’s dangerous.”

The 39-year old congresswoman did not specifically respond to Greene’s comments on Tuesday, but said: “The evolution of this dangerous tale is frightening. Trying to come up with the most bigoted ways to traffic Islamophobic tropes is the brand of the Republican Party.

“It should be clear by now that there needs to be real consequence for this hateful anti-Muslim rhetoric. Enough!”

Boebert had reached out to Omar in a phone call on Monday, but Omar hung up after Boebert refused to issue a full public apology.

House Democrat leader Steny Hoyer said he was “considering what action ought to be taken” against Boebert, and might censure her or strip her of her committee positions. He said Boebert’s call with Omar was “was not an apology [but] a rationalization”.

Green’s claim that Omar supports Al Qaeda was a repeat of attacks made by former president Donald Trump, distorting her previous comments.

In reality, Omar has said that US foreign policy shares blame for terror attacks and compared atrocities committed by terror groups to those committed by the US and Israel. The latter comments drew fire from Democrats, who accused her of “drawing false equivalencies”.

Green also claimed that Omar married her brother, a long-running theory for which journalists have found little evidence and which Omar has called “disgusting lies”.

The Republican, who has defended alleged Capitol insurrectionists and visited them in jail, also claimed Omar had supported “domestic terrorists” on the basis that she once tweeted a link to the Minnesota Freedom Fund, a charity that paid the bail bonds of people arrested during the George Floyd protests and riots.