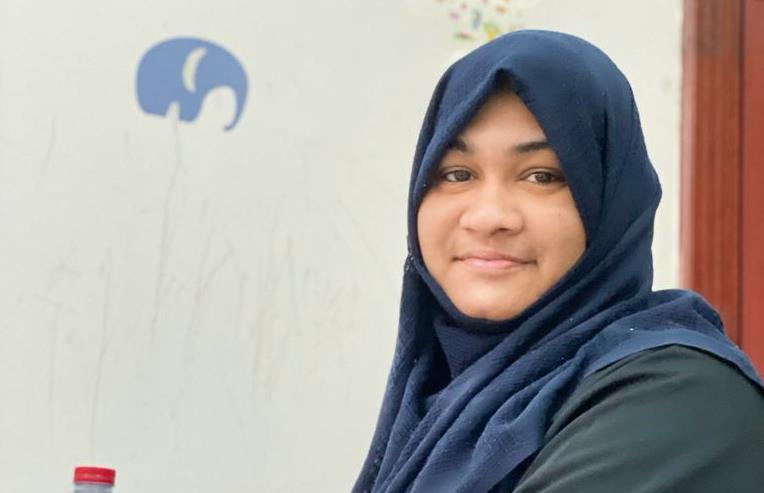 People may think that I embraced Islam after marriage, but to be honest I would fast even when I was a Hindu.

According to rahyafte (the missionaries and converts website):Growing up in a Muslim neighbourhood, it wasn’t difficult for Indian expat Vijayalakshmi to embrace Islam when she got married to a Muslim man in 2015. After they moved to the UAE in 2015, Vijayalakshmi, who is now known by her Muslim name Fathima Noushad, took her Shahada once again. Fathima, who is an anaesthesia technician at Medcare Orthopaedic and Spine Hospital in Dubai, says she was always very fond of the Islamic culture and wanted to know more about the religion as she had grown among many Muslims in her hometown Kerala.

“I had such positive influence of Muslims who were super kind, friendly, generous and gentle, that I think this was one reason I fell in love with a Muslim man and the transition from Hinduism to Islam was not difficult at all,” Fathima told Khaleej Times.

“People may think that I embraced Islam after marriage, but to be honest I would fast even when I was a Hindu. I learnt about Islam and its values from my friends and neighbours and my parents never stopped me. Since we were never a very religious Hindu family, my parents were okay when I told them about getting married to a Muslim.

“Although my parents and relatives are Hindus and my in-laws are Muslim, our families never had any clashes or issues due to religious differences. This is a huge relief for me, my husband and two kids, who get equal love from both their paternal and maternal families,” she said.

Although Fathima and her husband had done their Nikah (Islamic marriage) ceremony in India, they did it once again in the UAE to ensure their marriage was legally recognised in the country. She says she tries not to miss her five prayers and also recites the Holy Quran in English-Arabic script as she is yet to learn Arabic.

When asked what difference Islam has made in her life, Fathima said: “It has brought immense peace into my life. I feel so peaceful, calm and composed at all times now. Every time I pray and get up from my Salah, I feel so fresh. Whatever stress or negative thoughts I have vanish when I prostrate before Allah for Salah and I get up from the prayer mat feeling fresh and happy.” Fathima says she still has a lot to learn about Islam and says that whenever she gets time, she uses her phone to research and learn more about her new religion.”

Celebrating Christmas as a Revert to Islam