Imam Ali (A.S) is a perfect role model for people 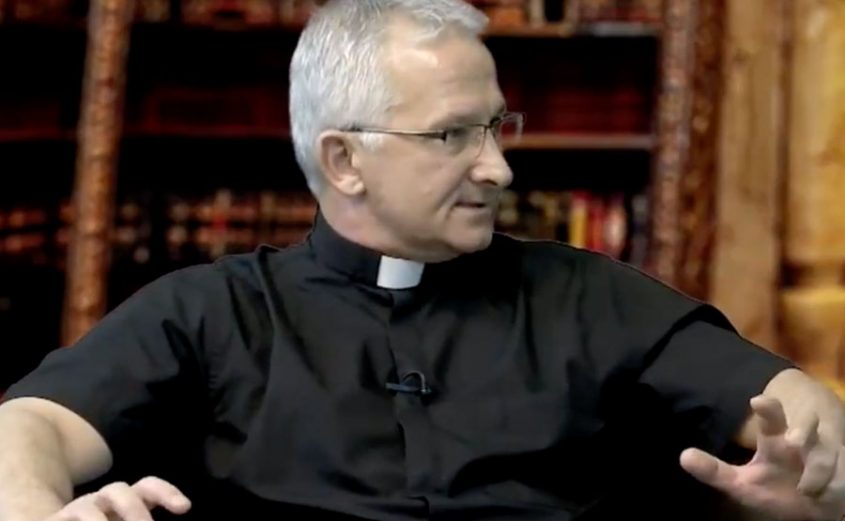 Father Christopher Clohessy, a Cape Town Catholic priest believes that Imam Ali (AS) and his children are a perfect role model for people.

According to rahyafte (the missionaries and converts website) Father Christopher Clohessy, a Cape Town Catholic priest believes that Imam Ali (AS) and his children are a perfect role model for people.

“Ali, and his children after him, are perfect role models for ordinary people,” Clohessy said in an interview with IRNA on the sidelines of his trip to London made on the occasion of the anniversary of Imam Ali birthday.

He added “even though I am a professor of Shi’i studies, most of my work is historical research into the events of Karbala’ and the immediate aftermath – therefore, I do not know nearly as much about Ali b. Abi Talib as I should.”

“However, I do know a fair amount about his wife, the Lady Fatima, and two of his children, al-Ḥusayn and his sister Zaynab al-Kubra,” he noted.

He went on to say “there is little doubt that all the best virtues of Ali are reflected in the lives of these three heroic and extraordinary characters, his wife and children.”

Commenting on Imam Ali (AS) view of justice, he said “Ali’s resolve that justice was not something to wait for in other heavenly world, but that it should be engaged here, by word and action.”

Referring to the fact that the world at the moment is, for many people, a frightening and dangerous place, Clohessy said “even if many of us are not deeply involved in socio-political reform, every single one of us has to make moral choices every day, choices that frighten us because they might make us unpopular or lose us support.”

“I congratulate all my Muslim friends, and especially my many friends who are Shi’a, on the birthday of this man of such piety and such courageous leadership.”

Meanwhile, earlier a British priest and intellectual Frank Julian Gelli said in an interview with the Islamic Republic News Agency (IRNA) that Imam Ali is an example of governance.

‘Although was militarily a great warrior, he was politically skilled… Imam Ali was an extremely shrewd and wise leader of the Umma, especially during the time when he was the caliph.’

He said that because Imam Ali ‘actually acted extremely well in so many ways,’ he was ‘an example of governance not only of Islamic governance’ but in the widest sense.

Imam Ali (AS), a highly revered figure in Islamic history, is the first Shia Imam and the fourth caliph after Prophet Mohammad (AS). He was also the Prophet’s cousin and son-in-law as well.

Imam Ali’s birthday is named Father’s Day in Iran, which falls on March 20 this year