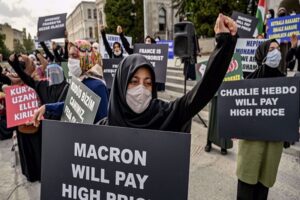 According to rahyafte (the missionaries and converts website):The protest took place at Istanbul’s Beyazit Square on Sunday, with protesters holding placards warning Charlie Hebdo and French President Emmanuel Macron “will pay a heavy price”, according to AFP.

The French weekly reprinted the blasphemous caricatures on the eve of the trial of suspects in a deadly gun rampage on its office five years ago. 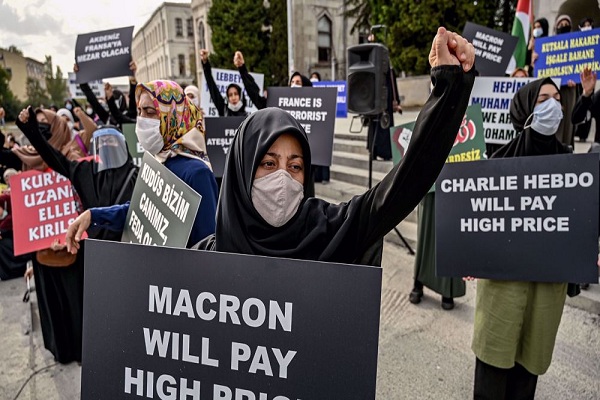 In January 2015, two men barged into the newspaper’s Paris offices, killing 12 people, many of whom worked for the publication.

The attack, condemned by Muslims across the world, was allegedly a response to the magazine’s offensive cartoon of the Prophet of Islam (PBUH) a few years earlier.

The terrorists who attacked Charlie Hebdo were French-born brothers Cherif and Said Kouachi. They claimed the attacks in the name of al-Qaeda. Both were killed in police raids at the time.

But 14 suspected accomplices are set to stand trial, for their alleged part in helping the attackers.

The blasphemous cartoons have drawn strong criticism from Muslim countries who call it an Islamophobic act.

However, in a move that was criticized by Muslims, including those in the European country, French President Emmanuel Macron refused to censure the move and claimed it was not his place to pass judgment about what he called a matter of free speech.

Turkish Foreign Ministry has strongly condemned the magazine’s republication of the cartoons that “disrespect” Islam, adding that the approach of the French authorities, especially Macron, regarding the incident is also “unacceptable.”

The French magazine’s offensive cartoons were originally published by the Danish newspaper Jyllands-Posten in 2005.

The republishing of the blasphemous cartoons has prompted condemnations and protests across the Muslim world.

The Muslims around the world have slammed both the weekly and the French president for their double standards when it comes to issues related to Islam and Muslims.

While France justifies the offensive anti-Islamic sketches as freedom of expression, protesters say France has mixed up the definition of press freedom with xenophobia, when it allows itself to harm the sentiments of millions of Muslims for what they are not responsible for. 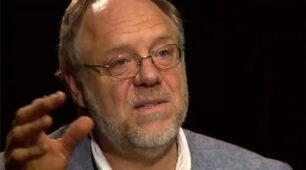