To this day I remember seeing him standing, blank-faced and speechless. But in the end, the consultant was right and the condition spontaneously reversed and my daughter, Hannah, left the hospital a normal baby in every respect 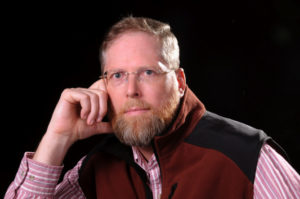 According to rahyafte ( the missionaries and converts website):Dr. Laurence B. Brown (1959- ) graduated from Cornell University College of Arts and Sciences, Brown University Medical School, and George Washington University Hospital residency program. He is a retired Air Force officer, the medical director and chief ophthalmologist of a major eye center in the Middle East, an ordained interfaith minister, and the author of four books of comparative religion.
‘God guides those who want to be guided’ 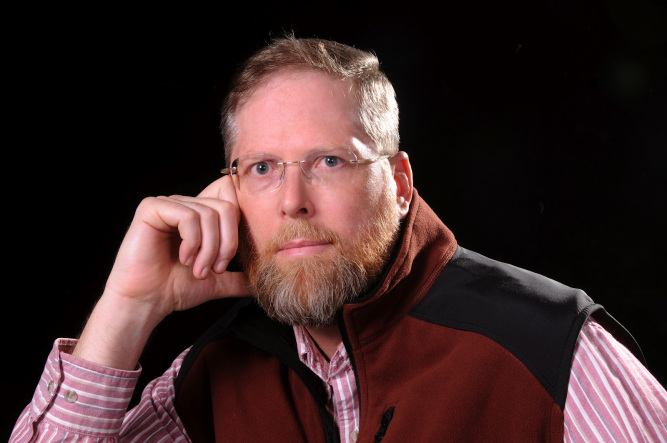 Dr. Laurence Brown, a medical doctor, describes the event that eventually led him to explore religion and become convinced about Islam, not by mere intelligence, but a pure heart. This is the concluding part of his narrative:

IN the winter of 1990, when my second daughter was born, she was whisked from the birthing room to the neonatal intensive care unit, where she was diagnosed with a coarctation of the aorta (CoA).

This meaning a critical narrowing in the major vessel from the heart, she was a dusky gunmetal blue from the chest to the toes, for her body simply was not getting enough blood and her tissues were suffocating. When I learned of the diagnosis, I was shattered. Being a doctor, I understood this meant emergency thoracic surgery with a poor chance of long-term survival. A consultant cardio-thoracic surgeon was called from across town at the pediatric hospital in Washington, D.C., and upon his arrival I was asked to leave the intensive care unit, for I had become overly emotional. With no companion but my fears, and no other place of comfort to which to go while awaiting the result of the consultant’s examination, I went to the prayer room in the hospital and fell to my knees.

For the first time in my life I prayed with sincerity and commitment. Having spent my life as an atheist, this was the first time that I even partially recognized God. I say partially, for even in this time of panic I was not fully believing, and so prayed a rather skeptical prayer in which I promised God, if, that is, there was a God, that if He would save my daughter then I would seek and follow the religion most pleasing to Him. Ten to 15 minutes later, when I returned to the Neonatal ICU, I was shocked when the consultant told me that my daughter would be fine. And, true to his assessment, within the next two days her condition resolved without medicine or surgery, and she subsequently grew up a completely normal child.

Now, I know that there is a medical explanation for this. As I said, I am a doctor. So when the consultant explained about a patent ductus arteriosis, low oxygenation and eventual spontaneous resolution, I understood. I just didn’t buy it. More significantly, neither did the Intensivist — the Neonatal ICU specialist who made the diagnosis.

To this day I remember seeing him standing, blank-faced and speechless. But in the end, the consultant was right and the condition spontaneously reversed and my daughter, Hannah, left the hospital a normal baby in every respect. And here’s the rub — many who make promises to God in moments of panic find or invent excuses to escape their part of the bargain once the danger is past. As an atheist, it would have been easy to maintain my disbelief in God, assigning my daughter’s recovery to the doctor’s explanation rather than to God. But I couldn’t. We had cardiac ultrasound taken before and after, showing the stricture one day, gone the next, and all I could think of was that God had made good on His part of the deal, and I had to make good on mine. And even if there were an adequate medical explanation, that too was under the control of Almighty God, so by whatever means God chose to effect His decree, He had answered my prayer. Period. I did not then, and I do not now, accept any other explanation.

The next few years I tried to fulfill my side of the bargain, but failed. I studied Judaism and a number of sects of Christianity, but never felt that I had found the truth. Over time I attended a wide variety of Christian churches, spending the longest period of time in Roman Catholic congregation. However, I never embraced Christian faith. I never could, for the simple reason that I could not reconcile the biblical teachings of Jesus (peace be upon him) with the teachings of the various sects of Christianity. Eventually I just stayed home and read, and during this time I was introduced to the Holy Qur’an and Martin Lings’ biography of the Prophet Muhammad (peace be upon him), entitled Muhammad, His Life Based on the Earliest Sources.

During my years of study, I had encountered the Jewish scriptures referencing three prophets to follow Moses (peace be on them all). With John the Baptist and Jesus Christ being two, that left one according to the Old Testament, and in the New Testament Jesus Christ himself spoke of a final Prophet to follow. Not until I found the Holy Qur’an teaching the oneness of God, as both Moses and Jesus Christ (peace be upon them) had taught, did I begin to consider Muhammad (peace be upon him) as the predicted final Prophet, and not until I read the biography of Muhammad did I become convinced. And when I did become convinced, suddenly everything made sense. The continuity in the chain of prophethood and revelation, the Oneness of Almighty God, and the completion of revelation in the Holy Qur’an suddenly made perfect sense, and it was then that I became Muslim.

I would err greatly if I believed that I figured it out for myself. One lesson I have learned over the past 10 years as a Muslim is that there are a lot of people much more intelligent than I am, but who have not been able to figure out the truth of Islam. It is not a matter of intelligence but of enlightenment, for Allah has revealed that those who disbelieve will remain upon disbelief, even if warned, for in punishment for having denied Allah, Allah in turn has denied them the treasure of His truth.

As Allah teaches in the Holy Qur’an:

“Indeed, those who disbelieve — it is all the same for them whether you warn them or do not warn them — they will not believe. God has set a seal upon their hearts and upon their hearing, and over their vision is a veil.”

But, on the other hand, the good news is that

“…God chooses for Himself whom He wills and guides to Himself whoever turns back (to Him).” (Qur’an, 42:13)

So I thank God that He chose to guide me, and I attribute that guidance to one simple formula: Recognizing God, praying to God alone, sincerely promising to seek and follow His religion of truth, and then, once receiving His mercy of guidance, doing it. 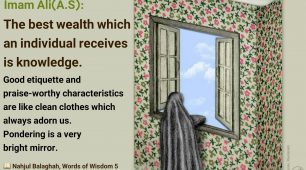 The Virtue Of Knowledge and Education in Islam