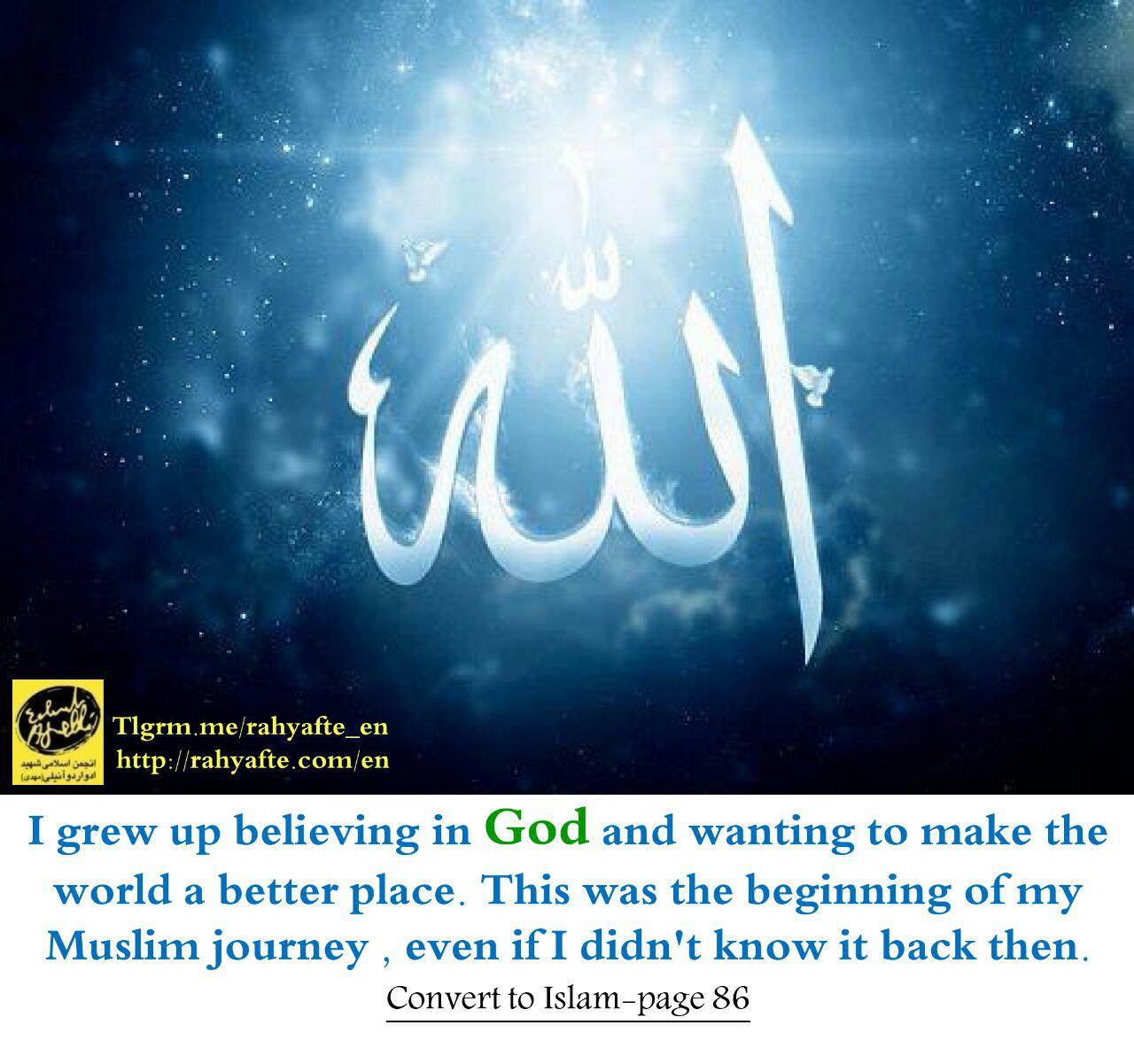 Finally, three years ago, I surrendered myself to God and accepted Islam as my religion. I took the scarf as a symbol of my Muslim identity and from that point on began to implement the teachings of the Quran and my beloved Prophet Muhammad in my life.

According to rahyafte (the missionaries and converts website)  In the Name of God, the Merciful, the Compassionate! My Journey to Allah I always feel somewhat tongue-tied whenever anyone asks me why or how I ended up embracing the religion of Islam. How do you fit a life-time of seeking God into a few sentences? The most truthful answer I can give is that I believe God has called me to Him and asked me to follow His Messenger Muhammad, may the peace and blessings of God be upon him. I was born in Melbourne and raised in a Bahai family; my parents both convert to a religion which originally began as a breakaway Islamic revival sect before evolving into an independent religious movement.

I grew up believing in God and wanting to make the world a better place. This was the beginning of my Muslim journey, even if I didn’t know it back then.Conversion, I once read, is not a single event: it’s a lifetime process. It has peaks and troughs, leaps forward and steps backward. There may have been a moment when I first became conscious of my duty to submit to God and follow His Messenger, but my first tender steps towards my Beloved Creator began way before my adulthood. As a teenager I was an active Bahai, I prayed and fasted regularly and kept to a fairly strict code of personal morality. I was a normal teenager, of course, and enjoyed going to the movies and gossiping on the phone with my girlfriends. But I also did volunteer work within the religious organization, and it was during my youth year of service that I experienced a brief lifting of the veil in what seemed like an amazing burst of other-worldly love. During an intense prayer session in which I had devoted my life to God, He grasped my soul and gently flooded me with His tender loving mercy. I developed an intense urge to study Arabic and enrolled in a course the next year. This brought me into contact with Muslims and I quickly became interested in the religion behind the language.

As a Bahai I believed that the Prophet Muhammad was sent by God, and that the Quran was His Word, but now I began to learn what Muslims themselves had to say about their religion. Instead of Islam being a legalistic religion encrusted with outdated rules and regulations, I began to see it as a living faith with the ability to spiritually enrich the lives of those who truly sought to implement it. One of my teachers had a quiet humility for which I longed. Through him, by the will of the All-Merciful, I began to see Islam as a peaceful, beautiful and gentle religion. My inner world was thrown into turmoil as I began to contemplate leaving the religion of my parents and heeding the inner call of God. It took me a number of years to finally come to terms with the reality that I wanted to be a Muslim, during which I developed a mental depression which brought me to the edge of the abyss. A great Muslim called al-Ghazali once wrote that depression is one method that the Beloved chooses to bring His servants to Him, and for me this was true. Becoming conscious of my calling to Islam meant alienating myself from my perplexed family, struggling with the collective sins of a less than-perfect Muslim community, and finding my spiritual feet like a new baby. It was a humbling experience: I went from being a knowledgeable Bahai, active in the religions organizational structure, to being shown how to wash myself and pray. More than once I faltered in my new baby steps and fled to the safety of the comfortable old world that I knew. I even rejoined the Bahai organization, after quitting it for a year, but could not make myself feel happy there.
Finally, three years ago, I surrendered myself to God and accepted Islam as my religion. I took the scarf as a symbol of my Muslim identity and from that point on began to implement the teachings of the Quran and my beloved Prophet Muhammad in my life. In answer to a half-spoken prayer, God filled my life with wonderful sisters and brothers who help me walk along this path: He is the Generous! I still struggle with the trials of life, but feel I have found my spiritual home and a Muslim community which provides me with the opportunity to give a little of myself.
All praise be to God, the Lord of all the worlds! Holy Quran 47: 17 and (as for) those who follow the right direction, He increases them in guidance and gives them their guarding against evil.