Kizimkazi Mosque, A Memento of Iranian Culture in Africa 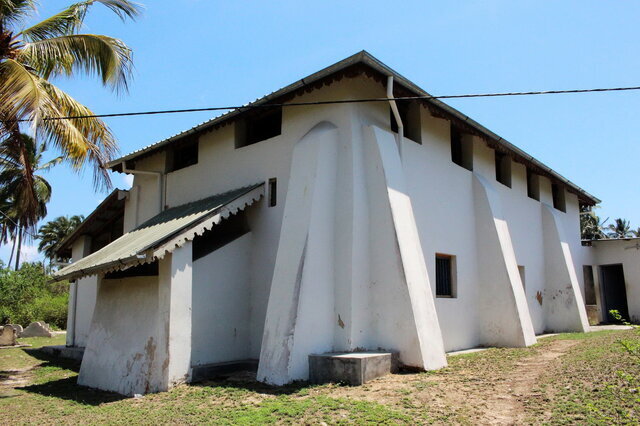 Iran’s southern city of Shiraz is a long way from East Africa, but it appears that some people walked this path hundreds of years ago.

According to Rahyafte(the missionaries and converts website)With the expansion of Islam on the East African coast, Shirazi (Persian) culture expanded in East Africa due to the trade connections between the region and the Persian Gulf.

Among the relics and monuments on the East African coast that prove that Iranians once lived there, Kizimkazi Mosque is the second oldest mosque in Zanzibar, Tanzania, built by Shirazi people after the Great Mosque of Kilwa on the island of Kilwa Kisiwani.

The 900-year-old mosque is still used for prayers, and it is visited every year by many tourists.

According to an inscription installed at the mosque’s mihrab, the Kizimkazi Mosque was built in 500 AH (over 940 years ago). Mihrab is a semicircular niche in the wall of a mosque that points out the qibla, the direction of the Kaaba in Mecca, and hence the direction that Muslims should face when praying.

While the inscription and some coral-carved decorations date from the time of construction, the majority of the present structure was rebuilt in the 18th century.

A similar design for the mosque’s mihrab can also be found in mosques in Tanzania and Kenya, built by Shirazi, Baluchi, Shushtari, Kazerouni, and Omani people.

The British archaeologist David Whitehouse (1941-2013), who studied in Iran and Africa, believed that the inscription in Kizimkazi Mosque is similar to the one in Siraf Port in southern Iran.

Mazunduchi Village residents, which is located near the mosque, introduce themselves as Shirazi and celebrate Noruz (Iranian New Year).

Shiraz and the southwestern coastal region of Iran are linked to the Shirazi people that inhabit the Swahili coasts of Eastern Africa.

Shirazis established Persian city-states on the eastern coast of Africa and its islands between the 13th and 15th centuries.