Date of Release :
19 March 2019 - 23:03
traffic website : 316
The Miracle of the Noble Quran
The Christian Preacher Who Challenged the Quran But Became Muslim

He decided to provide a great service to Christianity through exposing errors in the Qur’an. However, the result was completely to the contrary. 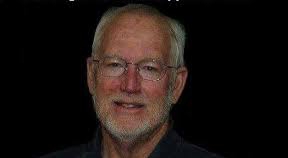 In 1977, Professor Gary Miller, the active Canadian preacher and mathematics and logic lecturer at Toronto University, decided to provide a great service to Christianity through exposing scientific and historical errors in the Noble Qur’an in such a way that would be beneficial to him and his fellow preachers in calling Muslims to Christianity. However, the result was completely to the contrary. 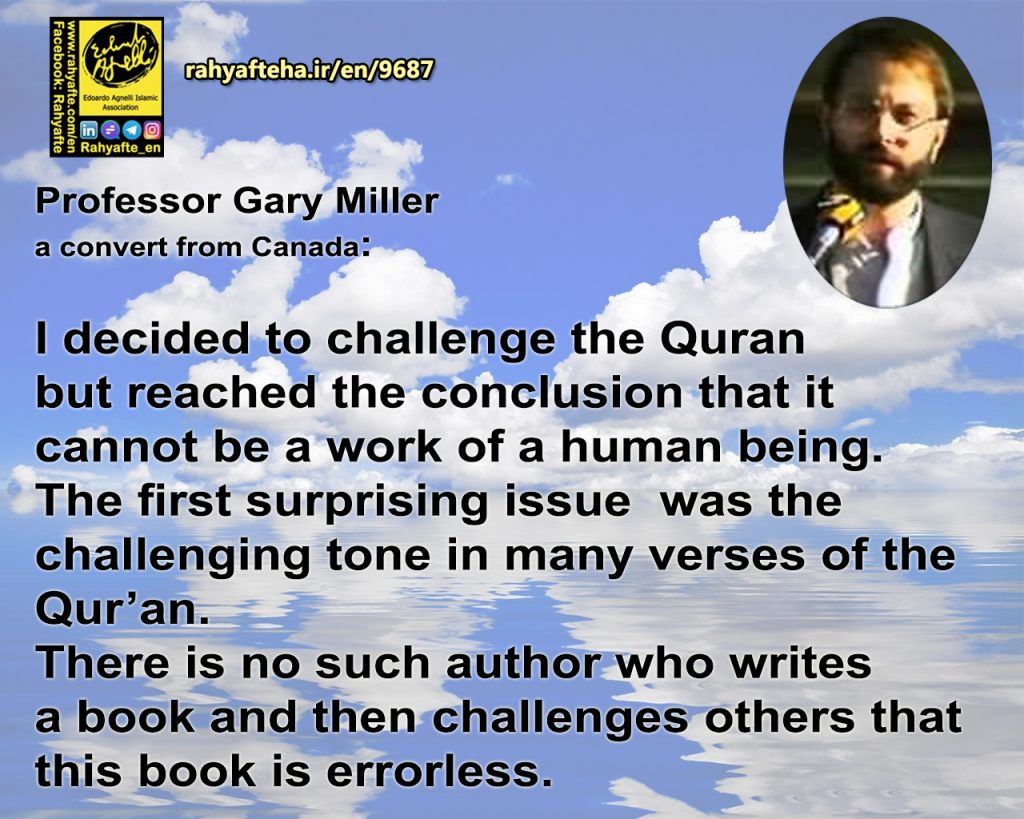 Miller’s writings were fair and his study and comments were positive, even better than many Muslims would write about the Noble Qur’an. He considered the Noble Qur’an, as it should be and reached the conclusion that it cannot be a work of a human being.

The first surprising issue for Professor Miller was the challenging tone in many verses of the Qur’an such as the verses that can be translated as:

“Will they not then contemplate the Qur’an? And if it had been from (anywhere) other than the Providence of Allah, indeed they would have found in it many difference(s).” (An-Nisa’۴:۸۲)

“And in case you are suspicious about what We have been sending down upon Our bondman, (i.e., the Prophet himself) then come up with a surah of like (manner), and invoke your witnesses, apart from Allah, in case you are sincere.” (Al-Baqarah ۲:۲۳)

Although Professor Miller was challenging at the beginning, he ended astonished at what he found. The following are some of the points he mentioned in Miller’s lecture “The Amazing Qur’an”:

• There is no such author who writes a book and then challenges others that this book is errorless. As for the Noble Qur’an, it is the other way round. It tells the reader that there are no errors in it and then challenges all people to find any, if any.

• The Noble Qur’an does not mention the hard events in Prophet Muhammad’s (pbuh) personal life, such as the death of his dear wife Lady Khadijah (may Allah be pleased with her). Strangely enough, the verses that were revealed as a comment on some of the setbacks proclaimed victory while those revealed at time of victory warned against arrogance and called for more sacrifices and efforts.

• If one writes his own autobiography, he would magnify the victories and justify the defeats. The Noble Qur’an did the opposite and this is consistent and logical: it was not a history of a specific period but rather a text that sets general rules for the relationship between Allah (the Almighty) and worshippers.

• Miller thought about a particular verse that can be translated as:

“Say, “Surely I admonish you with one (thing) only, that you rise up to Allah by twos and singly; thereafter meditate: in no way is there any madness in your Companion. Decidedly he is nothing except a constant warner to you, before a strict torment.” (Saba’ ۳۴:۴۶)

He indicated the experiments one researcher had carried out at Toronto University on “Effectiveness of Collective Discussion”. The researcher had gathered different numbers of interlocutors in discussions and compared results. He discovered that the maximum efficiency of the discussion was achieved when the interlocutors were two while the more the number the less the efficiency. 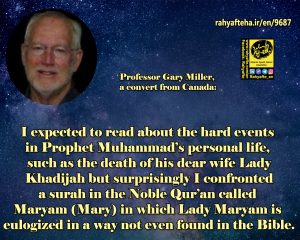 • Some attackers say that devils used to dictate to Prophet Muhammad (peace be upon him) what to write in the Noble Qur’an. But the question is how could this be while it contains verse that can be translated as:

“And the devils have not brought the revelation down. It is not allowable for them, nor would they be able.” (Ash-Shu`ara’ ۲۶:۲۱۰-۲۱۱)

“So when you recite the Qur’an, [first] seek refuge in Allah from Satan, the expelled [from His mercy].” (An-Nahl ۱۶:۹۸)

• Surat Al-Masad was revealed ten years before the death of Abu-Lahab, the Prophet’s uncle ( which was about him and his miserable future). He had ten complete years to prove that the Noble Qur’an was wrong. However, he did not believe or even pretend to believe. How could the Prophet (peace be upon him) be that confident unless he was sure that the Noble Qur’an was Allah’s (the Almighty) revelation?

• Commenting on the verse:

“That is from the news of the unseen which We reveal to you, [O Muhammad]. You knew it not, neither you nor your people, before this. So be patient; indeed, the [best] outcome is for the righteous.”(Hud ۱۱:۴۹)

Miller writes that none of the Scriptures uses this kind of style; that is, giving the reader the piece of information and then tells him it is new information. It is really a unique challenge. What if the people of Makkah, even by pretense, had said they knew that before? What if one scholar discovered later that this information was already known before? However, this did not happen.

Professor Miller mentioned what Contemporary Catholic Encyclopedia includes under the entry ‘Qur’an’. It mentions that despite the plethora of studies, theories, and attempts to attack the veracity of Qur’anic revelation under many pretexts none of them can be logically adopted. The Church itself did not dare to adopt any of such theories but at the same time it did not admit the truthfulness of the Muslims’ theory that the Noble Qur’an is, without doubt, the last heavenly revelation.

In fact, Professor Miller was fair enough and was honest enough to change his position and choose the right way. Blessed be he and those who search for truth and do not allow their prejudices to prevent them from reaching it.

In 1977, Professor Miller had a famous debate with Islamic preacher Ahmad Deedat. His logic was clear and his justifications seemed based on intent to reach the truth without pride or prejudice. Many wished at the time that this man would embrace Islam.

In 1978 Professor Miller embraced Islam and called himself Abdul-Ahad. Then he devoted his life to Da`wah through TV programs and public lectures.

Just think and do not let your prejudices prevent you from the right path. 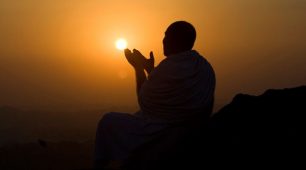