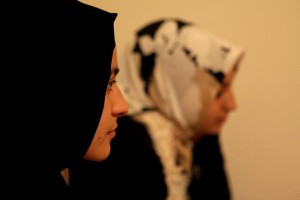 Katrin was another Austrian convert attending the conference. A graduate student finishing her MA in Anthropology, she added another perspective to the use of veils.

According to rahyafte (the missionaries and converts website)  Most people have experienced what it’s like to have our heads turned by street fashions – and necks twisted, eyes widened, eyebrows raised. It can make you laugh, or feel sick, or run away. Fashion can do weird things to people.

But one of the major head-turners in today’s Europe is the Muslim dress code for women, and unfortunately it often provokes nasty remarks and turns people to hatred. To many Muslims, this is based largely on ignorance.

“Most outsiders are not interested in knowing about Islam,” said an Austrian woman, Klara, a convert to Islam. To address this issue, she and other members of the “Al-Kauthar” association of Muslim women in Vienna hosted a conference in early October, “The Veil, What is behind it?” at the Islamisches Bildungs- und Kulturzentrum Österreich (IBKUZ) in Vienna’s 8th District.

There were no seats left in the packed conference room – hardly a surprise with such a hot-button topic. What was surprising, however, was how few Arabic or Turkish-looking people were there. Most were, like Klara, German-speaking Austrians who had converted to Islam.  And like mot of the women, she had chosen in her mid-twenties to begin the practice of hijab – the Islamic practice of modesty followed through a dress code.

“The veil is the expression of love to God, to God’s laws and respect to ones femininity,” she said of the observance requiring Muslim women to cover every part of their body except for their face and their hands.

“Covering has always been a symbol of sacredness,”  Klara said, as she described her understanding of the philosophical, social and spiritual aspects of hijab, culminating in a BA in Islamic Theology and an MA in Islamic Philosophy. In Islam, she said, “the veil is one of the social instruments and a means to regulate the relationship between males and females.”

Katrin was another Austrian convert attending the conference. A graduate student finishing her MA in Anthropology, she added another perspective to the use of veils.

“Historically cloth has been sign of freedom and dignity,” she said. “Slaves were undressed and the more cloth one had the more of a distinct human feature he or she had.

“So this idea of having less clothing and being free is totally new. God bestows dignity on a human, and one of the ways God does it towards women is that by bestowing a special dress code for them, “ she said.

Kathrin converted to Islam two years ago, in a quest for inner balance. She had been restless, searching for an absolute truth. All she found were self-contradicting relativist ideas. 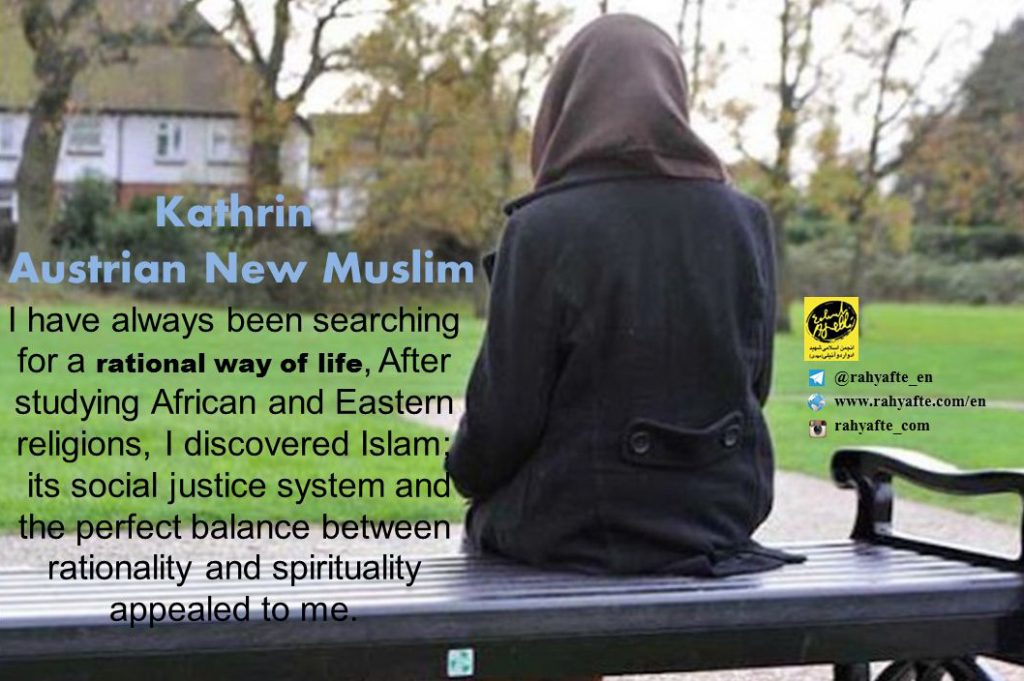 “I have always been searching for a rational way of life,” she said. “After studying African and Eastern religions, I discovered Islam; its social justice system and the perfect balance between rationality and spirituality appealed to me. ”

But wearing a veil is more than a dress code.

“The veil for me is freedom, because I choose where to use my beauty and where not,” Klara said. “The veil shows that women are different from man, and it is good for them to be different. Trying to be a fake copy of men, and losing femininity, actually belittles women.”

Both Klara and Katrin lived in Iran for a short period. Katrin learned Farsi and Arabic.

When asked what impression they had of Islamic Iran, they had reservations.

“I was surprised how many women restrict their own rights by following pre-Islamic customs,” Klara said. “I also felt that some ideals of the Islamic Revolution were not yet fulfilled to their fullest because pre–Islamic cultural habits are often an obstacle.”

However, she said she never felt restricted by the government, especially by any presence of a “ ‘Big Brother’ ” watching you 24/7.”

“I tasted what it is to be a woman in Iran more than I had in Western society,” she said. “In Iran women love to be women and do not try to be a bad copy of man.”

As the call to prayer came, the conversation ended as the gathering of Austrian converts to Islam hurried to prayer – faster then the Arab, Turkish and Bosnian guests.