Date of Release :
26 April 2018 - 05:04
traffic website : 1099
Elizabeth
Elizabeth, from Scandinavia-All my questions are being answered and I know in my heart that this is the truth

Before converting I never understood women who voluntarily would like to cover. But as I’ve grown and learned about Islam I know that it’s for Allah (swt) and He knows what is best for us and it is to protect us. 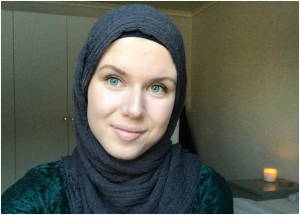 An Exclusive Interview of a Revert to Islam, Elizabeth, from Scandinavia, by Bentolhoda Mofakhami

Elizabeth was born and raised in Scandinavia with German ethnicity. She is 22 years old. Her family was part of a Christian cult for the majority of her upbringing. She converted to Islam just over two years ago.

Sister Elizabeth! Rahyafte team (related to Edoardo Agnelli Islamic Association) appreciates you for accepting the interview. We would like to know about your journey to Islam and what made you choose Islam over other religions.

I always believed in God even though my faith was weak at times, I knew there was something bigger than all of us. Throughout my teenage years I prayed for answers but it wasn’t until my late teens that I started to get the answers I was looking for.

The fact that Muslims believe in One God and that they believe in all the Prophets, that the Bible mentions. It was all so familiar and in the end I didn’t have any excuse not do convert because I already believed in everything a Muslims believes in.

What specifically attracted you to Islam?

That there’s only One God, the Almighty, the Most Merciful Allah (swt). I could never justify believing in a God who is part of a ‘trinity’. That a man who is born and needs to eat and sleep (i.e Jesus) also was called ‘God’ in the eyes of the Christians.

What was your family’s reaction after you became a Muslim? Did you have any problem with people who knew you? Are you married?

I told my two closest friends almost right away after I converted alongside two coworkers with Muslim background. But I was very scared to mention anything to my family because of the past experiences we had with religion. At this moment I had told my mum and my cousin. My friends took it very well, but I felt misunderstood by my family because they don’t know Islam except from what they hear in the media. I am currently married.

How do you see the spread of Islam in your country?

I notice more and more Muslims on a day to day basis. But its still a foreign religion most people don’t like because they don’t understand it or haven’t made an effort to understand. They only hear what they are told, which is mostly from the media and that picture puts Muslim in a bad light, and also the fact that a lot of culture is mistaken to be part of the religion.

What is the most beautiful Ayah of the Quran in your opinion? And why?

It’s hard to pick just one Ayah but I love Surah Al-Ikhlas. It was the first Surah I learned and has such an importance in the Quran, that it is equal to 1/3 of it. It explains our religion – monotheism, and first and foremost it describes Allah (swt).

What’s your opinion about hijab? Did wearing hijab have any effect on your private life? Do you think it is only dedicated to women?

Before converting I never understood women who voluntarily would like to cover. But as I’ve grown and learned about Islam I know that it’s for Allah (swt) and He knows what is best for us and it is to protect us. Hijab was very hard for me and it still is. My family is not comfortable with me wearing the traditional hijab. So I rather wear a turban style to still cover. Our Ummah is quick to judge when a woman isn’t covering but more often than not the men are not wearing their ‘hijab’. They have to lower their gaze and also wear loose clothing. 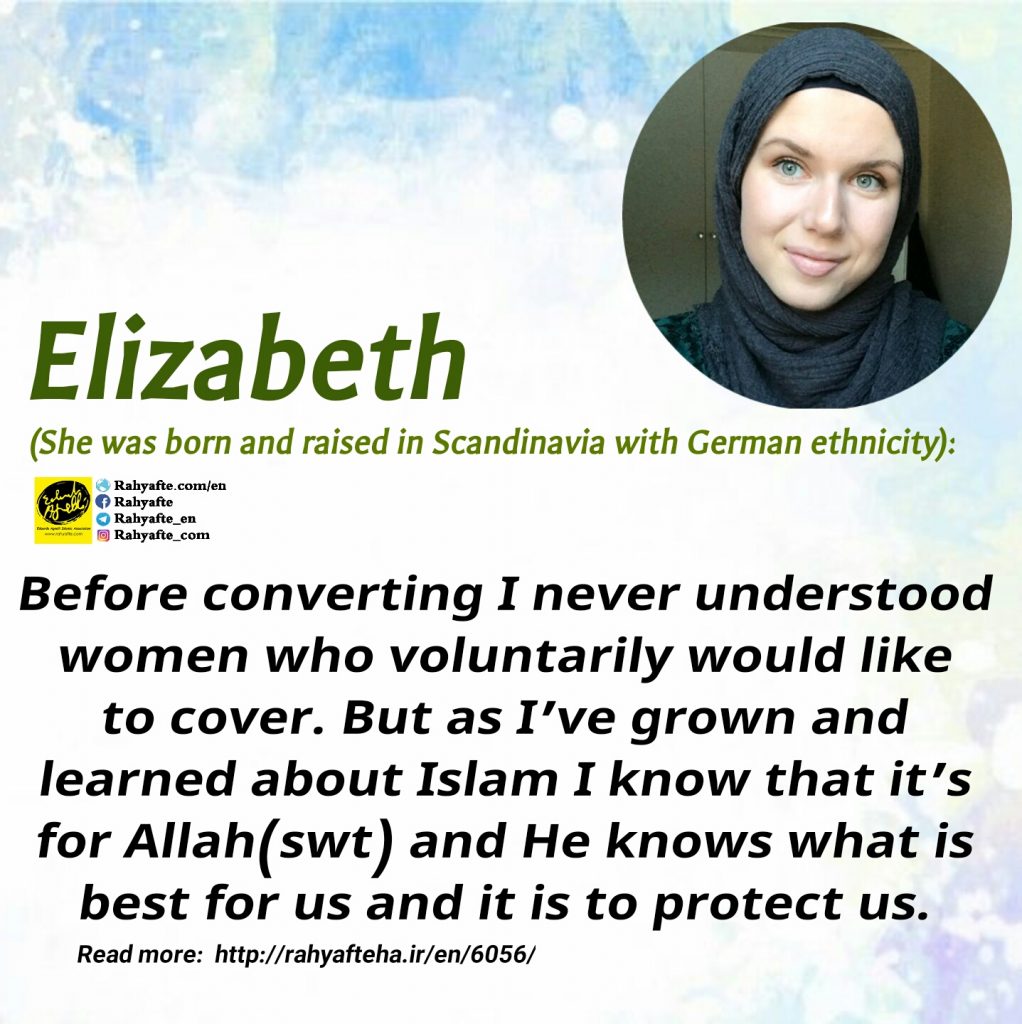 How do you analyze the family institution according to Christianity and Islam?

Growing up in a Christian family I was taught that the man is the head of the house and that the woman is supposed to take care of the household and children. I thought the same thing about Islam before I did my own research and gained the knowledge that women have their own rights in Islam. Their husband is supposed to take care of the family financially and the wife can still go to work and spend her money the way she wants to.

What was your feeling when you prayed for the first time? Wasn’t it hard for you to pray 5 times a day?

I thought it was weird to pray and bow down and be in sujood. It was all so new and something I’d never done before. After a week or so it just felt right and it wasn’t hard. Prayer is the only thing that separates a believer from a disbeliever, but it is hard at times especially living in the West where it’s not custom to take time off your day to pray.

If you want to say some words about the beauty of Islam, the peace, the calmness you have found in this religion what do you say?

All my questions are being answered and I know in my heart that this is the truth. I have never felt so at peace with myself and grateful for the life I’ve been given. I thank Allah (swt) for every new day I get because it is a new chance to be better and to do better. I know that everything happens for a reason and that everything is planned by the Best of Planners. 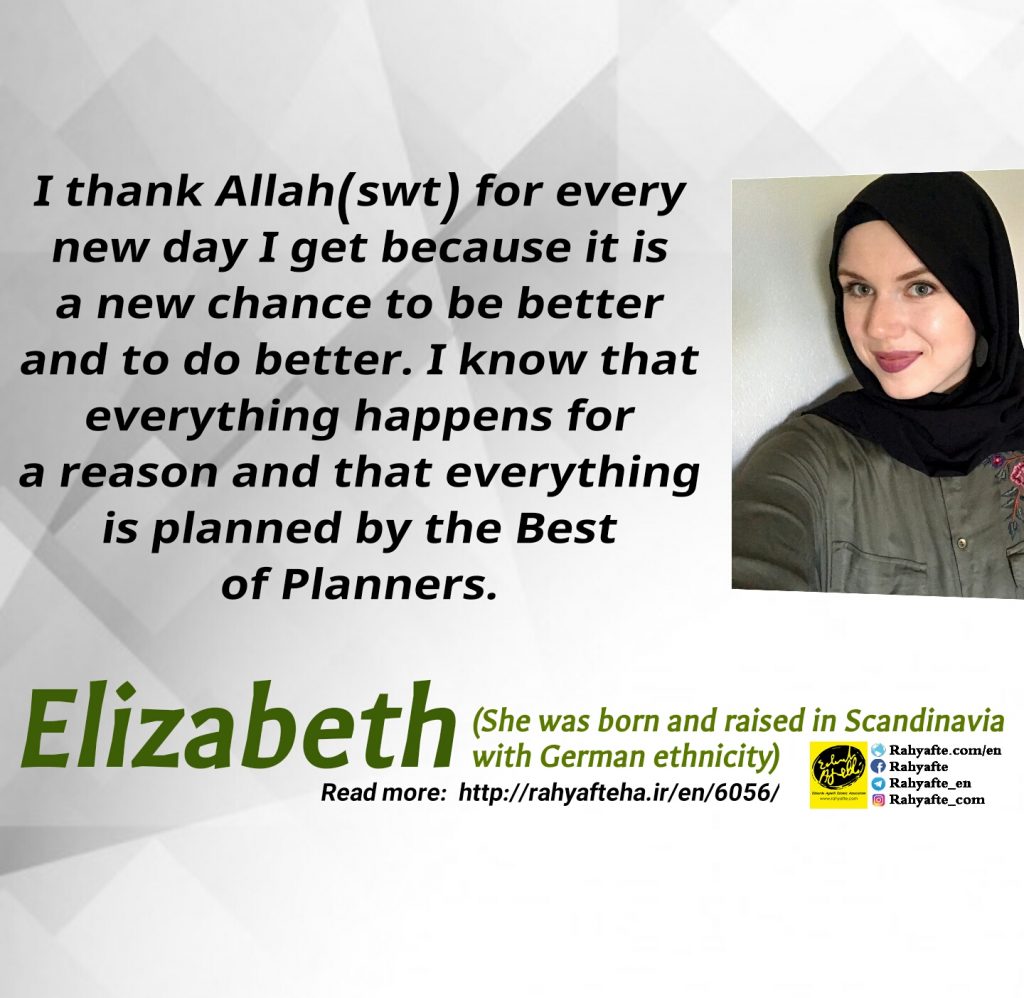 Thank you very much for your time and attention. May Allah bless you and keep you strong and firm on this true path. 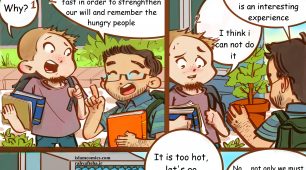