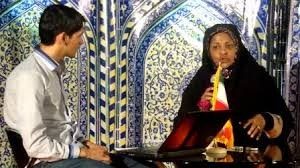 My name is Marzieh Hashemi, from America, I was born in a religious Christian family, and since 26 or 27 years ago I have became Muslim. For me, embraced Islam is directly in relation to Islamic revolution of Iran and the characteristic of Imam Khomeini. When I was a student in America I witnessed that the Iranian students are so active and I was so interested in political activities then, I used to ask them about their activities and purposes, why you protest? And they used to talk about the cruelty of the overset king and Imam Khomeini to me, and this was the first step of me becoming Muslim. I was looking for the truth and I wasn’t satisfied with my own religion, and I had no solution for the problem that the God has three parts of the Father, and the Son, and the holy Sprite, But still where one? I wasn’t convinced with answers when I asked from different people, when this issue happened to be in university, I started to study not only about Islam but about different religions, and simultaneously comparing them in theory and ideology, from Marx Weber up to now, and thanks God, after I became Muslim.

Q: what was the reaction of American Muslims to the Desecration of Holy Quran? How about the Muslim and non-Muslim students?

The American Muslims and Muslims all around the world got discomfited, but I think the American Muslims thought having a considerable reaction the same as desecrators would not be for Islam. Most of the American people consider themselves to be free and liberalist, but when it came to burning of Quran, it caused great change in the viewpoint of people and they got attracted to Quran and they went after it, and today Quran is one of the bestselling books in American bookshops. Thanks God, after this event the people went for this Issue and studied more about Quran; unfortunately the Medias didn’t reflect these protests. After the 9/11, the people are getting Muslim much faster than before and with these recent events it got even faster.

The Muslims released declaration and protested against burning of Quran; but in America as a great Country that each state of it is as big as a country, government controls the Media and they show whatever they want. Thus, nobody know nothing about the protests there and what is going on there, and even if they show anything, its seriously censored and they show thing that is along with their interests.

It got condemned in Universities too, and the student’s leaflets worked a lot on this issue, not only the Muslim Students but also the Non- Muslim student, Christians and some Jews, condemned this incident. But what they wanted the Muslims to get angry and react the same and burn Gospel, and then show that Muslims are wild, terrorist, and thanks God it didn’t happen. The people have found something that whatever you ban, they will get more interested and study more about it, and it was though in the desecration of Holy Quran. 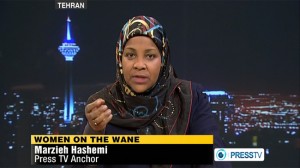 What was the reaction of Medias?

Medias played an important role down there and this turned to be against them. If they hadn’t covered the Burning of Quran, so many things wouldn’t happen. They shouldn’t show the Incident. There are 280 to 300 million populations in America, in different types like all around the world.

The people reacted against the burning of Holy Quran, if they had arrested the person they people may have thought different and no one would consider the event but now all the things they have shown or aired has turned against them.

Q: Are the Muslims allowed to work in the official medias of America or not?

Muslims have their own Media, they could in their media, but not in the right and main place. But to show the Medias in balance, they invite Muslims to the roundtables and try to control what they want to be covered. For instance, they invite 2 or 3 people of their side and one Muslim and they surround him not to let him speak and justify and then they do some things to show that they are free dislike other parts of the world, they know how to do it very well.

But totally the America has changed since 9/11, in past, they tried to conceal that the Medias are under control of Jews, but today all the people know about it, Muslims or non-Muslims, people are getting aware, they are really getting awake.

But if you mean working in ABC, CNN or Fox News, no these are official and impossible to work inside them. They lead these Medias with their own policies. Muslim own some limited Medias in internet.

Q: How are the Muslims and youth down there are familiar with the Holy Quran?

Some of the youth are really active in this issue, and have a good relation with Quran, like everywhere, not related to the place, but related to the life style and purposes.” I know someone that wanted to get to America and I suggested him to participate in the Muslim Students seminar, when he came back I asked about the seminar and he said I just cried.” consider that the youth down there, organize such gatherings in a very hard situation, for instance in Hilton Hotel to introduce Quran.

I suggest you to get in touch with them and the best way is networking. It is really easy to communicate through internet, knowing English and Arabic is very important in communications. Do this to make them believe that they are not alone in this way the Muslims outside America find that there are some Muslims in the heart of America but With the Islamic viewpoint.

Q: How is the relation of Muslims with the Christians?

The relations are really good. For example, when I was in America, we used to hold some meeting once in each 2 month, 50 Muslims and 50 Christians were gathering around to transfer information and idea. The youth there, are working the same way. These moves are being held in different cities, and they are really active. Some have relation and communication with both Jews and Christians. In big cities that people are gathered from different places, it’s common that a Muslim is neighbored with a Christian or Jew and this is another reason of their communication. They got no problem with each other, but it’s the Medias that are trying to upraise some contrasts among them, they set up some shows to brain wash the people and they are really expert in this part; they exactly know what to do, and that’s because the American people are so simpleminded and it’s easy to change their mind.

After the 9/11 the media standpoint got seriously against Muslims and some people negated the situation against Muslims, and unfortunately it made some troubles for the Muslims. Unfortunately the lowbrow exists in America as well as other countries, and the people are really unaware of this issue, however with all this negating attempts of the American government, the relations are still good.

A mosque were about to be built in New York, they are working on peoples mind now, that why a mosque should be built there, they play with minds because the construction permission is issued by them, so they handle this. They represent something to derivate the peoples mind from the main point. They are at the back of so many things in society, for the mentioned purpose, as an instance Taliban, what is the origin of Taliban? It gets back to Washington; they themselves have made this to be a reason to step inside Middle East.

They are not only against Muslim, but, their nation is not important for them either. As a simple example, 9/11, and it’s obvious for everyone that Zionists are behind it, and the American people are helpless in front of them.

Yes, they who know Arabic or Persian follow the events so properly and actively. Of course, they are hard to be found and the language is a big problem, there must be an attempt to turn up some sites in English, so that they English people could use it. Totally those who know other languages are using the network; my son is one of them that searches continuously and introduces Islam to the youth out there via face book.

Q: are the Muslims in America interested in the news of Muslim world or do they have any attempts to be so?

Yes they are, via internet and satellite. Thanks God, the communications have turned so much better via internet and satellite.20 years ago because the communications where limited to radio and newspapers, it took a long time for people to get the news. But, today the will know about the news on time. Most of the youth watch Islamic channels from Iran, Lebanon, etc, and compare them with others.

Q: Mis. Hashemi what are you doing now?

I am a press TV correspondent and the editor in chief of Mahjubah magazine in America. I am presenter, and political analyst. Press TV is the first 24 hour English Channel in Iran. From the beginning of the Attack of America against Iraq, the people are watching it to know about the stand point of Iran and what Iran says, because he other channels weren’t covering the war, and it played a considerable role in Israel raid to Gaza strip and the people where watching it to find the truth and reality.

Q: As the final word, what is your statement?

I recommend to the youth to be proud of Islam, study a lot, and increase your knowledge about your religion, because the biggest problems are derived from unawareness, study so that when they ask you about Islam and Hijab in Islam, you would be able to defend and justify. With reliance to God, continue your attempts, to stabilize Islam in its valuable and original position and situation. 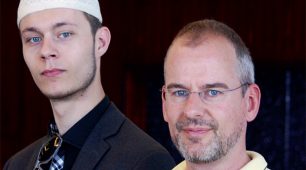