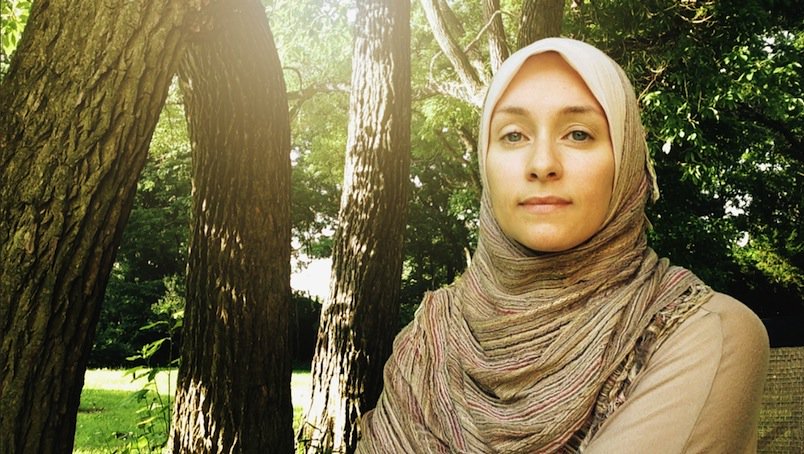 I paused on the sidewalk, under a glowing street lamp, and I spoke to my Creator, for the very first time knowing with surety that He was there; that He was listening and knew exactly what had transpired in my heart. I didn’t even have to move my lips to declare.

Danielle LoDuca is a third generation American artist and author. Drawing inspiration from personal life experiences, her writings highlight the familiarity of Islam in a climate that increasingly portrays the Islamic faith as strange. She holds a BFA from Pratt Institute and has pursued postgraduate studies in Arabic and Islamic Studies at the Foundation for Knowledge and Development. LoDuca’s work has been featured in media publications in the US and abroad and she is currently working on a book that offers a thought-provoking American Muslim perspective, in contrast to the negative narratives regarding Islam and Muslims prevalent in the media today

It was a mild autumn night and the library had closed, forcing me to forsake the pile of books I had been devouring and walk back to my Brooklyn apartment. The asphalt and trees glistened in the warm artificial light. I was deep in thought. I had just reached a realization I had imagined impossible. I had discovered the answer to what I thought was an unanswerable question.!!!!

Momentarily, I was in disbelief that I could actually believe in something so absolute.I was walking on the thin line between submitting to truth and persisting in denial.

The years that had led me up to that point in time – the travels, the conversations, the long nights gazing into space, the hours spent pouring over book after book on Islam – culminated in this critical moment.

Should I affirm what I knew could be none other than the truth? Or ignore the magnitude of my discovery and go on with my life as usual? Accept this treasure and the responsibility that comes with it? Or, pretend as if I had never found it in the first place?

I knew the answer… and I felt so exhilarated; I wanted to scream in joy!

I paused on the sidewalk, under a glowing street lamp, and I spoke to my Creator, for the very first time knowing with surety that He was there; that He was listening and knew exactly what had transpired in my heart. I didn’t even have to move my lips to declare: “There is nothing worthy of worship except Allah, The Creator of all, and I testify that Muhammad is His servant and messenger.”

And with that I entered into Islam.!!
It was the beginning of a new chapter in the story that is my life; the greatest and happiest of all my days; the day that led to even more peace and contentment than I had ever hoped for. Looking back, I realize that my journey began years before I ever knew anything at all about Islam.

Ironically, not long before that day, I had harbored a sort of loathing for religion in general. I never suspected that I would one day embrace and practice any religion. I surely was not about to blindly believe in God because some book or people claimed it was true. To my knowledge, there were plenty of rebuttals to such affirmations.

Thankfully, I managed to maintain a healthy curiosity. I always found asking questions exciting, especially when the answers seemed unknowable.

I was an aspiring artist; by my early twenties I had learned, to some degree, six different musical instruments in addition to vocal instruction and had participated in several sports.

I travelled the country and to several foreign countries. I was a certified deep-sea diver, experiencing the awesome reefs of Thailand and Australia. My favorite activities included woodworking, oil painting, welding and ceramics.

But in my freshman year at Pratt Institute, I did become keenly aware of my mortality and the fragility of life. I remember looking out my dorm room window that year and thinking about time; how so many generations have passed on before me, and probably will after I’m gone.

I longed for knowledge, but I didn’t think there was a way to know more about the truth of our existence. I thought we, as human beings, could never really know how we came to be, or where we are all going.

I think subconsciously I knew the world – humanity, beauty, pain- they couldn’t have just popped out of nothing.

So one night, I said to myself, there must be some force out there. There must be. So, I asked it. I asked to know. I wanted knowledge. I wanted the truth.

I didn’t consciously pursue knowledge after that, but that force I had beseeched, had heard me. And gently, I was guided to get ready.

Later, I travelled cross-country with a close friend, camping and hiking for an entire month. That trip helped remove me from the influence of media and peers, but most importantly, I witnessed the grandeur of creation (not knowing at the time, that it was in fact, created).

I wrote a postcard to my parents from somewhere in Arizona, saying that I had realized I would never be able to create anything of much greatness as an artist, now that I had seen such staggering beauty on the earth.

Shortly after that trip came the horrific attacks of September 11, 2001. I watched in horror from my classroom window, as the second plane slammed into the World Trade Center. It was surreal. My peaceful world was shattered that day.

I really cannot be sure whether or not I had ever heard of Islam before September 11… but obviously with that abhorrent crime came the knowledge that there was this other religion out there called Islam.

Although I never believed that the attacks were actually driven by something inherent in Islam, my disdain of religion was really validated when I thought about a religion being related to this atrocity. My animosity towards religion increased. At the same time, I began studying politics and paying attention to current events like never before.

This new fervor led me to begin studying political philosophies as well. I found them remarkably similar to religions, in that they set forth a way of life, each one purporting to be the best or only way. Needless to say I didn’t like that much, but it gave me an idea. I decided that I could use them to prove that religions were flawed and thus, man-made, just like political philosophy. 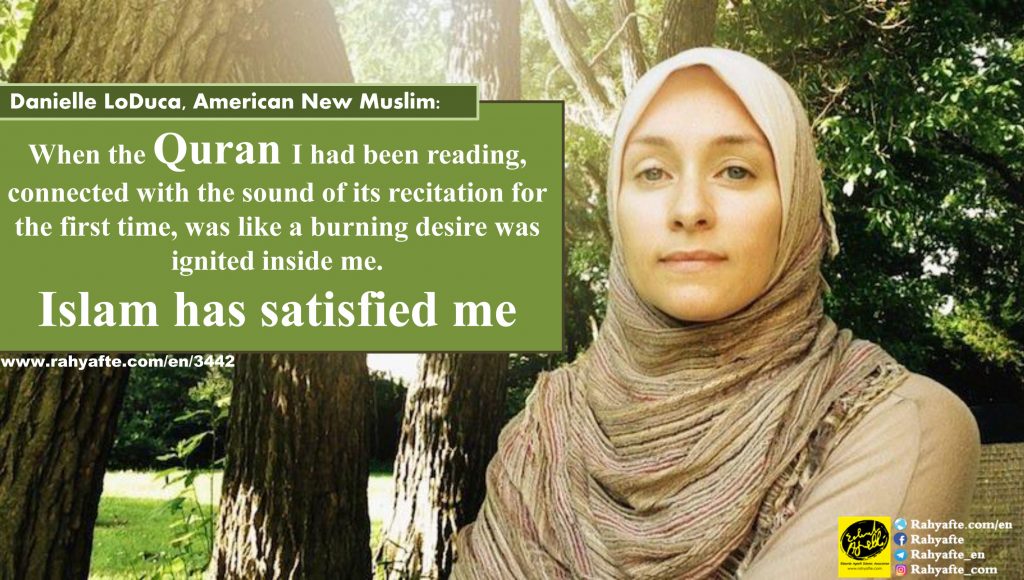 That meant I would have to read the religious “scriptures”, so I bought a Bible and began reading. I read the Bhagavad Gita. I read books on Buddhism. Then, while I was visiting the campus at MIT, I happened to come upon some Muslim students giving away free translations of the Quran. I took one, excited to have more material for my project.

I read the Quran in bits and pieces for a year before my interest in current events drove me to an occupied territory in the Middle East. While there, I worked with a variety of humanitarians who were Christians, Jews, Muslims as well as secular.

That was how I met the first Muslims I had ever seen in person, and how I heard the recitation of the Quran for the first time. The day I heard it, 20 days of strict curfew had finally been lifted for the city I was in, enabling the people to come out of their homes for food.

Life filled the previously desolate streets and I heard a beautiful sound. I told a journalist I was walking with, “It’s so good to hear music!”

She laughed at me and informed me, “That’s not music, that’s the Quran.”

The Quran I had been reading for a year at that point and even casually defending at times. The Quran that had gradually become the only book I wanted to read. The Quran that began to accompany me everywhere I went, so I could read a chapter, a page; a word – at every opportunity.

When the Quran I had been reading, connected with the sound of its recitation for the first time, was like a burning desire was ignited inside me. That recitation, coupled with my experience living with Muslims in the weeks I spent abroad there, resulted in an insatiable thirst to know more about Islam.

When I returned from that trip I was voracious. It was almost as if nothing could distract me from my hunger for knowledge. I procrastinated on every term paper, even my thesis project, so that I could read, and read, and read, about Islam. I read every book I could get my hands on, until that moment where I realized it really wasn’t man made after all.

The greatest blessing I’ve received was the guidance to that acceptance, and the ability given to me with God’s Mercy, to surrender to the guidance.

Islam has satisfied me. Now my searching is only for more knowledge of, and increasing closeness to, our Beneficent Sustainer.