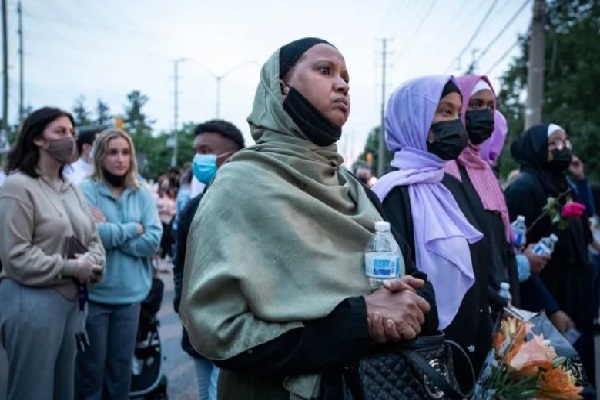 Ceremonies are set to be held in Ontario to mark the first anniversary of a hate crime that killed four members of a Muslim family.

According to Rahyafte(the missionaries and converts website)Communities across Ontario will be marching and holding vigils to commemorate the lives of a Muslim family killed in what police and prosecutors are calling a hate-motivated attack nearly a year ago in London, Ont.

On June 6, 2021, Yumna Afzaal, 15, her mom and dad, Madiha Salman, 44, and Salman Afzaal, 46, and her grandmother, Talat Afzaal, 74 were killed when a vehicle jumped a curb while they were out for a Sunday walk. Police believe the driver deliberately targeted the family because of their Muslim faith.

Their youngest son was injured, but survived. Family members have asked that the boy not be named so he can have as normal a life as possible.

In a statement released on behalf of the family, Umar Afzaal, Salman’s brother, says they continue to struggle with what happened but are looking to the future with help from the community.

“To lose three generations of our family was a catastrophe, but our community came together and has provided us with hope and strength. It is with this strength we have been able to continue forward,” the statement reads.

The accused in the attack faces murder and related terrorism charges. Twelve weeks have been set aside for his trial, which is scheduled to start in September of 2023,

‘This attack needs to be condemned’

Reyhana Patel, a spokesperson for Islamic Relief Canada (IRC), says the build-up to the anniversary has been top of mind for many in Muslim communities. She says the organization worked for weeks leading up to Jun. 6 to organize 11 walks and vigils nationwide and encourage people to plan their own events.

“We’re remembering the Afzaal family but also, we want people to come out to show support that Islamophobia is real and this attack needs to be condemned,” said Patel.

Patel says the organization is still hearing reports from Muslim people who say they face Islamophobia, such as verbal abuse, getting their hijabs ripped off, or being passed over for work promotions because of their faith.

“We need to work on this not only as a community, but also …  we need proper government intervention as well.”

The group, along with the National Council for Canadian Muslims, will be going to Parliament Hill in Ottawa on Jun. 6 to ask for further progress on the federal government’s National Action Plan on Combating Hate. The two groups also want more movement on the policy recommendations they released following the London attack.

Provincially, Patel says they’re waiting to see if  Bill 86, Our London Family Act, tabled in response to the tragedy, gets passed.

A focus on protection

Last year, the Toronto Islamic Centre wrote and delivered cards to the Afzaal family, the London Muslim Mosque and the broader community as a way of showing solidarity, says the centre’s operations manager and imam Shaffni Nalir.

“This year though, to be honest, in specific, we’re trying to maybe protect our own mosque a little bit more, actually,” said Nalir.

He says he’s concerned about possible attacks against the mosque or the community. He says while Canada is generally a safe country and he encourages members of the community to participate in the upcoming vigils and walks, he advises them to keep an eye on their surroundings and when going out alone.

“This is something that people didn’t have to do before, but the world is different,” said Nalir. 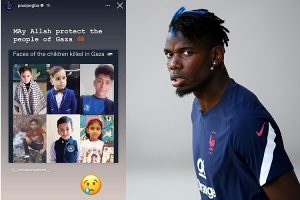