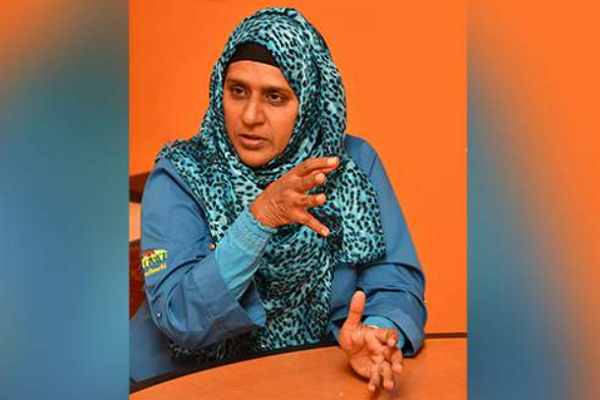 A Jamaican businesswoman called on the country’s government to implement a no-discrimination policy in the workplace and in schools to protect the rights of Muslim women.

According to Rahyafte(the missionaries and converts website)Kareema Muncey, the chief executive officer of Home Choice Enterprises Limited, during an interview with the Jamaica Observer, bemoaned the fact that Muslim women are frequently ostracized because of the hijab or head covering they appear with in public. The hijab forms part of their religious outfit.

Muncey also recommended that Jamaica begin to recognize World Hijab Day, which is observed on February 1 each year in 190 countries since 2013. The World Hijab Day movement was started by New York resident Nazma Khan.

“She came out because of discrimination at school. They kept pulling her hijab off. It started like that and 190 other countries came on. In the workplace we have been ostracized a lot and especially in the schools. In the primary schools, the girls are afraid to wear the scarf because people will pull it off.

“First of all, the principals would tell you that you cannot wear it and then it would cause a big problem. People do end up at the ministry and then they have to abide. We want to have freedom of our rights. I am Jamaican 100 per cent, but sometimes you would go on the road, especially since 9/11 [September 11, 2001] and people say go back where you come from. You go Champs and they ask if I have a bomb in my bag, and all those things. Muslims face a lot of stereotype,” she stressed.

She said that Muslims are no less Jamaicans than any other citizen and do make great contributions to the economy. She also pointed out that Muslim women play vital roles in Jamaican society, and that includes herself, as the CEO of Home Choice Enterprises.

“I employ up to 55 persons in my home manufacturing business. Indirectly, we are looking at 100 persons. We have our first Muslim judge Amina Maknoon, who was appointed judge a few years ago and she is a full hijabi.

“We want to highlight the positive part of our contribution to the economy itself. We have nurses on the front line who are hijabis and they work in hospitals non-stop during the COVID-19 pandemic. We have girls in high school who excel and are on the honor roll. We have girls that are heads of Kiwanis and youth services Jamaica. All of these outstanding girls need to be highlighted,” she pointed out, while also noting that the Muslim population in Jamaica is around 5,000, which includes expatriates from Nigeria and Arabia.

Although World Hijab Day isn’t officially recognized by the Government of Jamaica, Muslim women on the island have been observing it each year since its inception in 2013.

Due to the pandemic, there were no activities marking the day last year. February 1 this year will fall on a Tuesday and will see small groups of Muslim women walking and educating people on what the hijab is, as well as other aspects of Islam.

“Leading up to that day, we should have a hijab challenge and people will wear the hijab to work. It should be fun. You will get an idea of what people will say to you. When you put it on, some people are going to say you are a mad woman and you are crazy.”

Muncey added that on February 1, booths will be set up in malls in Portmore, Spanish Town and Kingston. Interested passersby and other persons will receive the opportunity of wearing their own hijabs.

She added: “That is actually a way of interacting with the public. Girls will have placards saying no to discrimination in the workplace. Leading up to World Hijab Day, on Saturday, January 29, we want to be at Devon House and Emancipation Park advertising about World Hijab Day. We will be in Pavilion Mall, definitely.”