US Muslims Call For Action as ‘Spying’ Incidents Shake Community 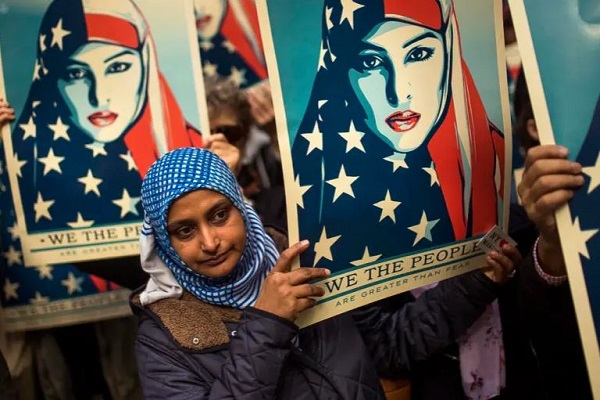 American Muslims are calling for practical actions as the community has been in shock after CAIR spying incidents.

According to Rahyafte(the missionaries and converts website)First, the major Muslim-American advocacy group reported that a “mole” had infiltrated the leadership of one of its state branches. Then, only days later, the organisation said a “spy” at a US mosque had passed information on to an “anti-Muslim” group.

The two incidents, revealed earlier this month by the Council on American-Islamic Relations (CAIR), have shaken Muslim advocates in the United States and renewed longstanding concerns about spying on the community.

“Community members were shocked and saddened to learn about this specific situation, but a lot of people were also not surprised that an anti-Muslim hate group was targeting CAIR and spying this way,” said Whitney Siddiqi, community affairs director at CAIR-Ohio.

The CAIR chapter said on December 15 that it had sacked Romin Iqbal, its executive and legal director in the Columbus-Cincinnati area, for “egregious ethical and professional violations”.

CAIR accused Iqbal of handing confidential information to the Investigative Project on Terrorism (IPT), a group that the Southern Poverty Law Center (SPLC), a civil rights organisation that tracks hate groups in the US, has said was founded by an “anti-Muslim activist”.

Separately, CAIR’s national office in Washington, DC said on December 21 that another individual volunteering at a US mosque had come forward and said he was paid by Steven Emerson, IPT’s executive director, to provide information on the community.

“Community update: a second IPT ‘spy’ has voluntarily come forward, confessed and agreed to cooperate with us. He was not part of CAIR. He was an active volunteer in a large mosque who was invited to national community meetings & events,” CAIR said in a Twitter thread, without identifying the alleged spy or where he was volunteering.

Siddiqi said one of the aims of the spying is to create “fear and distrust in our own communities”, but she stressed that CAIR is moving forward “with transparency” and redoubling its efforts to battle Islamophobia.

“Again, we recognize the devastation of this news and it certainly takes time to process, but something positive to come out of this is the fact that we are strengthening our connections and our work to protect and defend Muslims,” she told Al Jazeera in an email.

In the two decades since the 9/11 attacks, Muslim Americans have faced instances of surveillance, a slew of discriminatory policies – including travel bans – as well as a rise in hate crimes, while spying programmes run by federal and local law enforcement agencies targeted their communities.

For example, between 2002 and 2014, the New York Police Department dedicated an entire unit to spy on the city’s Muslim population. According to the American Civil Liberties Union (ACLU), police mapped out where Muslim New Yorkers lived, recruited informants from within the Muslim community, and placed mosques under surveillance.

The Family and Youth Institute, a Michigan-based research institution focused on mental health, recently released a toolkit on how to deal with the fallout of spying allegations, advising people to acknowledge the effects of the news and channel their energy “towards efforts in your community”.

“When spying is carried out by an individual who works for an organization that advocates for the civil rights of American Muslims, then the trauma, stress, and shock is overwhelming and the damage can last a long time,” the institute said.

IPT and its founder

In an email to Al Jazeera on Friday, Iqbal’s lawyer declined to comment on the allegations.

IPT rejects being labelled a hate group. It says it is a research organisation and a “principal source of critical evidence to a wide variety of government offices and law enforcement agencies”.

Emerson and other people associated with the group have testified as experts on terrorism at various US congressional hearings, including as recently as 2016. Pete Hoekstra, an ex-congressman and former senior fellow at IPT, served as ambassador to the Netherlands during the Trump administration.

Meanwhile, the group’s website is filled with anti-CAIR material, as well as articles slamming critics of Israel, and the organisation openly solicits tips on “terrorism-related information”.

“Mr. Emerson is not anti-Muslim, nor does he lead a ‘hate group,’” the group told Al Jazeera in an email on Friday.

IPT also said it “has never monitored and will never monitor the wider American Muslim community”, but “will not hesitate to uncover and publicly expose radical Islamist activity on American soil”.

But a 2011 report (PDF) by The Center for American Progress, a liberal US think-tank, accused Emerson and his group of pushing to portray Islam as violent.

“Such wildly over-the-top portraits of Islam as inherently radical require some creativity on Emerson’s part,” the report reads. “Proving he’s up to the challenge, Emerson boasts a history of fabricating evidence that perpetuates conspiracies of radical Islam infiltrating America through Muslim civil rights and advocacy organizations.”

The SPLC has also described Emerson as an “anti-Muslim activist”.

CAIR has also accused IPT of “collaborating with” Israeli officials.

On Tuesday, the Muslim advocacy group shared screenshots it said showed an email exchange between Emerson and Israeli government officials who ask him for possible links between Students for Justice in Palestine, a student-led advocacy group active in American universities, and the Palestinian faction Hamas

Al Jazeera was not able to verify the authenticity of the screenshots. The Israeli embassy in Washington did not respond to requests for comment on Thursday and Friday. CAIR has not said how it obtained the emails.

CAIR Executive Director Nihad Awad said in a statement on December 14 that “Emerson’s hate group was communicating with and providing assistance to Israeli intelligence with the office of then-Prime Minister Benjamin Netanyahu”.

“Let me say that again,” Awad wrote. “The Israeli government was collaborating with an anti-Muslim hate group.”

Activists have documented ties between right-wing, pro-Israel advocacy groups and organisations that perpetuate Islamophobia more generally over the years.

“There’s a definite connection between Islamophobia and activism [against] pro-Palestinian causes,” said Ahmad, the law professor, speaking in general terms. “And this is something that we have seen happening not just in the past few months or years, but for decades.”

“This is a serious issue,” he told Al Jazeera.

Ayoub also likened the spying on Muslims to violent attacks on Arab-American civil rights organisations in the 1980s and 90s, including the assassination of ADC’s West Coast regional director Alex Odeh in a pipe bomb attack on his office in California in 1985.

The FBI probe into the bombing remains open. Numerous media reports have linked the attack to the Jewish Defense League, which the SPLC describes as a “radical organization that preaches a violent form of anti-Arab, Jewish nationalism”.

Ayoub added that the recent incidents highlight the need for vigilance in US Muslim and Arab communities – and called on federal authorities to investigate Emerson’s possible collaboration with the Israeli government.

“This exposes the extent to which [hate groups] go, and it’s something that the community needs to take seriously,” he said.

“It’s time we work to protect ourselves and have the right vetting processes in place, have the right security measures in place behind the scenes in our technology, and take these threats seriously. Everybody who does civil rights work is a target.”