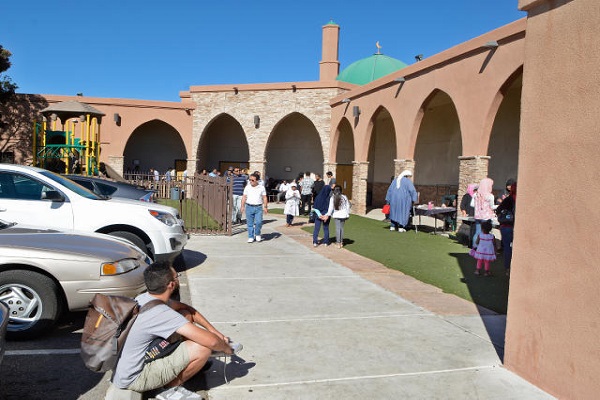 The Council on American-Islamic Relations (CAIR) welcomed the identification of a suspect in the November arson at a mosque in Albuquerque, US state of New Mexico.

According to Rahyafte(the missionaries and converts website)Washington, D.C., based CAIR also renewed its call for possible hate crime charges for the arson.

Police have issued an arrest warrant for 43-year-old Isela Camarena for allegedly attempting to set fire to the Islamic Center of New Mexico Nov. 29 in Albuquerque. Security camera video of the incident shows a woman lighting multiple fires near the mosque’s prayer room.

Camarena had reportedly been to the mosque twice before the vandalism, and police say she once pulled a fire alarm. Police and mosque officials believe she was trying to test security measures. Camarena is facing a third-degree felony arson charge.

In a statement, CAIR National Communications Director Ibrahim Hooper said, “We welcome the identification of a suspect in this disturbing attack on a house of worship and urge law enforcement authorities to consider possible hate crime charges if a bias motive is indicated by the evidence gathered in the investigation. As hate incidents target minority communities nationwide, a clear message needs to be sent that bias-motivated violence will not be tolerated.”

Hooper noted that CAIR called for a hate crime investigation into the vandalism earlier this month.

Hooper also noted that CAIR-Arizona has called for stepped-up security at mosques in that state following an assault and vandalism at a mosque in Tucson.