No place to pray: Muslim worshippers under pressure in India 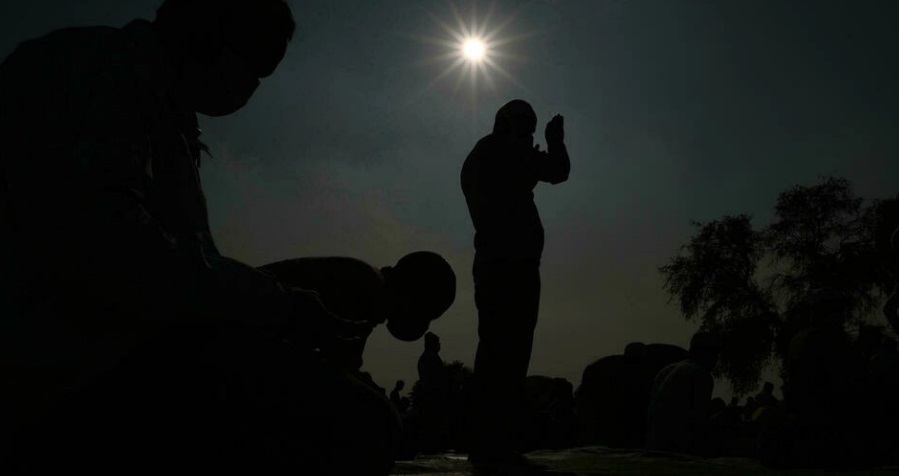 inesh Bharti drives around with other activists on Fridays heckling and harassing Muslims praying outside in Gurgaon, the latest flashpoint of sectarian tensions under India’s Hindu nationalist government.

According to Rahyafte(the missionaries and converts website)Muslims praying in the open “create problems in the country and the entire world,” the thickset Hindu man in his 40s said, a red tilak on his forehead marking him out as a devout member of India’s majority religion.

Gurgaon is a modern satellite city of the capital New Delhi. Around 500,000 Muslims either live there, have migrated to the area for work or labour there during the day.

The city has 15 mosques for them, but the local government has refused permission to build more — even as the number of Hindu temples has grown.

This has forced the community to hold Friday afternoon prayers — the most important of the week for Muslims — in open spaces. 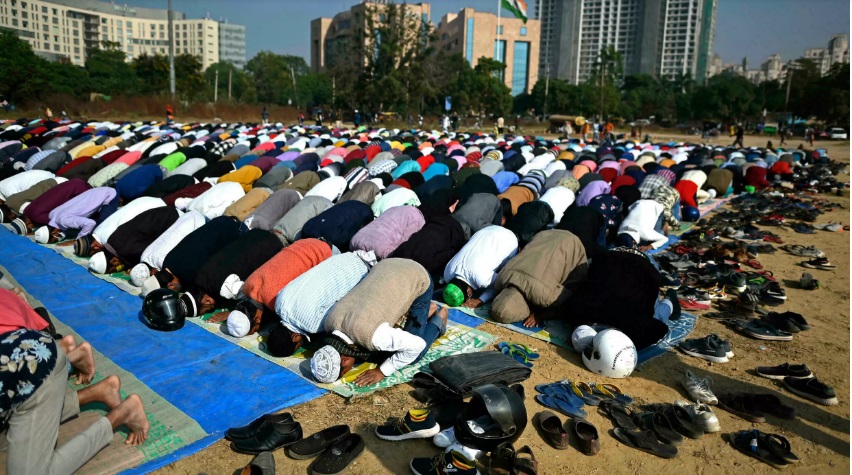 Earlier this month, the Haryana state chief minister, a member of Modi’s Bharatiya Janata Party, declared that outdoor prayers in Gurgaon “will no longer be tolerated”.

Undermining their argument that religion can be practised only indoors, Hindu groups celebrated last Friday by setting up a makeshift temple and community kitchen to feed hundreds as devotional music blared. 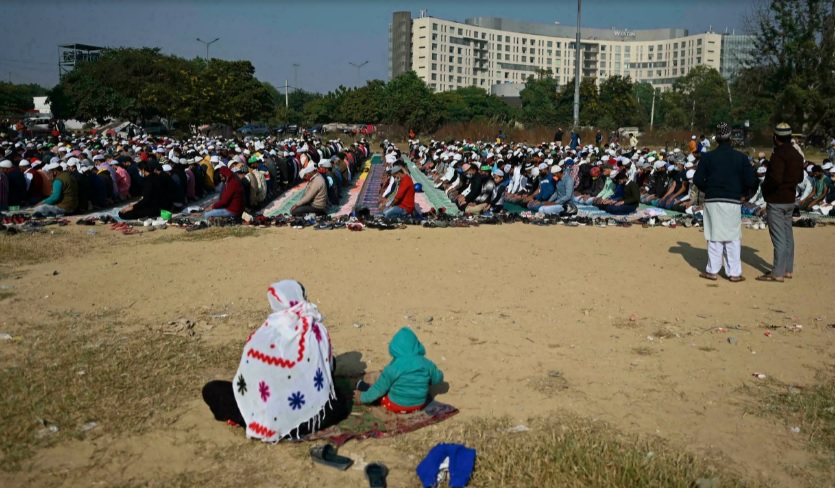 Across town, hundreds of Muslims queued to take turns to worship at one of only six remaining prayer venues still available.

At another site, Muslims were heckled and forced to chant slogans such as “Hail Lord Ram” — a Hindu deity — that have proliferated under Modi among his supporters.

“If the government doesn’t find a solution to the issue… it will become more complicated and serious,” Sabir Qasmi, a Muslim cleric at the prayer meeting, told AFP.

He was briefly barred from the United States over religious riots in Gujarat in 2002 when he was state chief minister.

Since his coming to power, a string of lynchings of Muslims by Hindu mobs for so-called cow protection — a sacred animal for many Hindus — and other hate crimes has sown fear and despair in the community.

Several states have brought in legislation criminalising conversion to Christianity and Islam, including through marriage — or “love jihad” as Hindu hardliners call it.

This week, a video emerged from a recent gathering of right-wing Hindu groups in which some delegates called for Muslims to be killed, reports said.

But critics say the real reason is simply that Muslims have no place in Modi’s new intolerant India, where Hindu zealots are dictating government policy.

Arati R. Jerath, a political commentator, said there is an agenda to convert India from a pluralistic and secular nation into a “Hindu country”.

“Whether it is economic spaces or spaces for worship, or spaces for the food and customs or anything with a Muslim identity, that is going to be part of the project,” Jerath told AFP.

“It is not necessarily a government-sponsored project, but certainly a project by the supporters of this government, who… get tacit support from the government.”

On Sunday, the head of a Hindu umbrella group proposed a solution: Muslims should convert.

“They will have their temples to pray and this (prayer) issue will end,” said Mahaveer Bhardwaj, chairman of the Sanyukt Sangharsh Samiti.