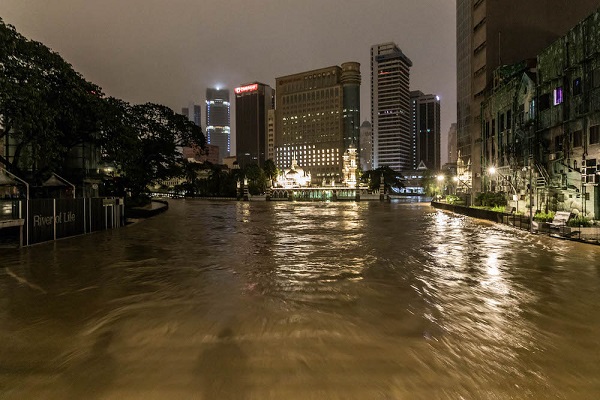 Mosques in the Federal Territories of Kuala Lumpur and Putrajaya have been turned into temporary accommodation for flood victims.

According to Rahyafte(the missionaries and converts website) Minister in the Prime Minister’s Department (Religious Affairs) Idris Ahmad said he had instructed the Malaysian Islamic Development Department (Jakim) and the Federal Territory Islamic Religious Department (Jawi) to coordinate the matter.

“Mosques are ready and will also provide the appropriate assistance. The mosques also manage food assistance through the Dapur It’am and Jawi Food Bank programmes,” he said in a statement today.

In addition, the Federal Territory Islamic Religious Council (MAIWP) was to provide the necessary assistance to the victims.

The Klang Valley was hit by floods causing some 15,000 residents to be evacuated to more than 100 temporary evacuation centres as of 2pm today, as well as scores of road users stranded due to roads and highways being inundated by floodwaters.

Apart from Kuala Lumpur and Selangor, other states affected by the floods are Kelantan, Pahang, Melaka, Negeri Sembilan and Terengganu.