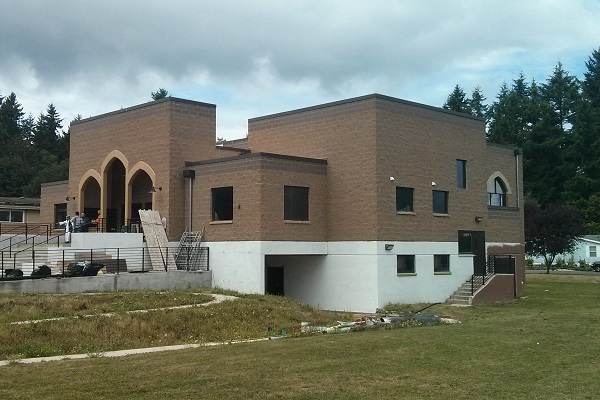 Community members held a peaceful gathering Friday at the Islamic Center of Olympia in the US state of Washington, to support the Muslim community after a series of events targeting mosques in Puget Sound.

According to Rahyafte(the missionaries and converts website)Community members, different religious leaders and neighbors gathered in front of the Islamic Center of Olympia to welcome members as they headed to afternoon prayer.

According to CAIR, the Council on American-Islamic Relations, someone threatened the Islamic center last week.

CAIR said someone in a car dropped a device in front of the Islamic center and it exploded.

A boom was heard by people miles away. Fortunately, no one was hurt.

The community came together Friday for a peaceful gathering to bolster the Muslim community.

“We want our friends and coworkers who come here to have their religious service and know they are a welcome part of our community and this is a safe place for them to gather,” said neighbor Dallas Roberts.

“Simply to say: ‘we see you,'” said Rev. Mary Gear, Olympia Unitarian Universalist Congregation. “We are here with you. We support you and we love you. We love you.”

“There has been three mosque attacks in the past month and a half in addition to a Sikh temple being attacked and multiple churches. So, I think it’s very important that our communities come together to let one another show that we’re here for one another. To show solidarity and to show that we can move on from these incidents and fight back against hate,” said Imraan Siddiqi, CAIR-W Executive Director.

Back in October, someone deliberately set fire to a mosque in Tacoma. Authorities have arrested a suspected arsonist.

Around the same time, someone stole and vandalized religious data-x-items at a Mountlake Terrace mosque.

CAIR is pushing for a thorough law enforcement investigation.

Thurston County Sheriff’s Department does not believe the recent incident at the Islamic Center of Olympia was a targeted attack.

However, they said they are increasing patrols.