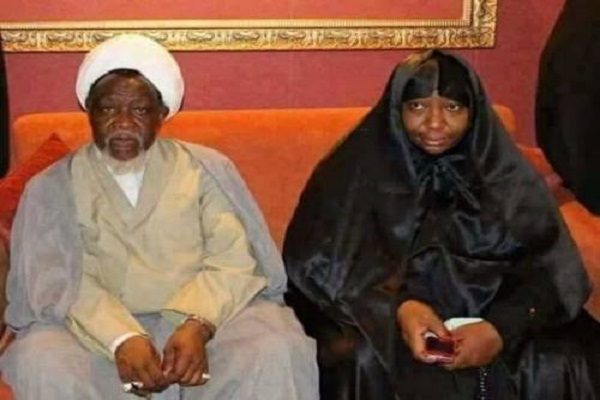 Leader of the Islamic Movement in Nigeria (IMN) Sheikh Ibrahim Zakzaky and his wife, Malama Zeenah Ibrahim, appear to be under a house arrest of some sort.

According to rahyafte (the missionaries and converts website):The Muslim leader wants to travel abroad for medical treatment, but he has not been able to go as his passport and his wife’s have not been released.

This is happening four weeks after being discharged and acquitted by a Kaduna State High Court,

Both the Nigerian Intelligence Agency (NIA) and the Department of State Security (DSS) have denied being in possession of the international passports of the couple, the IMN said on Friday.

This has triggered suspicions that some powerful actors in the Buhari presidency are deliberately denying the Shia leader his rights.

“It is a known fact however, that during the botched medical trip to India as granted by the Kaduna High Court, their international travel documents were promptly seized on arrival by these security agencies”, IMN spokesman Ibrahim Musa said, according to pmnewsnigeria.com.

“Thus, who did they hand them over to? That wasn’t too long ago not to remember or know.

“Were these international passports handed over to certain powerful persons in government, as is being speculated, who are using their powers and influence to further detain the Sheikh and his wife thereby denying them the freedom granted by the Nation’s courts?

“We hope this is not another evil machination of those in the corridors of power in Nigeria to deny the couple access to medical treatment,” Musa said.

“We wish to remind the general public that for the past almost six years, medical reports have indicated that their health condition has deteriorated and as such needed to travel overseas for treatment.

“That was the basis for the Kaduna state high court granting them medical leave which was later scuttled by the government in 2018.

“Muslim brothers and sisters of the Islamic Movement and other lovers of justice across the world are getting agitated once again because of these obnoxious developments including what appears to be placing the duo under house arrest by Buhari regime.

“Hence, we call on the international community to prevail on the government to release the passports of Sheikh Zakzaky and his wife.

“We urge the Federal Government to release their passports to them or issue new ones to them, which will enable them to travel to the hospital of their choice without any further delay,” he added 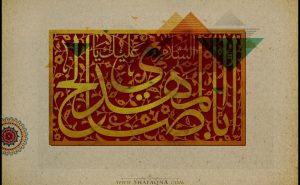