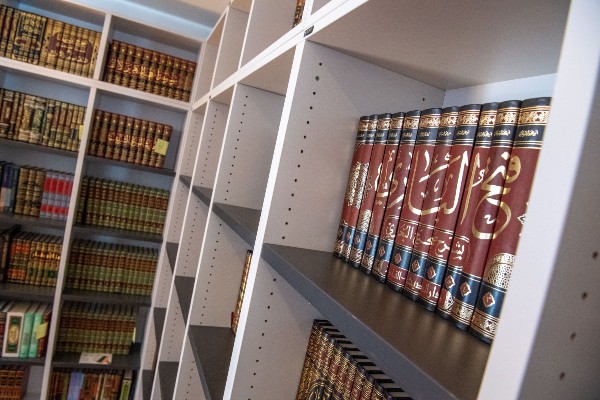 Germany has launched a state-backed training center for imams to help reduce the number of preachers coming in from abroad, but the initiative has been shunned by leading Turkish groups.

According to rahyafte (the missionaries and converts website)Around 40 aspiring religious leaders attended their first classes at the German College of Islam in the north-western city of Osnabrück on Monday, with the official inauguration on Tuesday.

The center’s two-year imam training program will be taught with the help of some 12,000 books imported from Egypt.

Open to holders of a bachelor’s degree in Islamic theology or an equivalent diploma, it offers practical teaching in the recitation of verses from the Quran, preaching techniques, worship practices and politics.

With between 5.3 and 5.6 million Muslims in Germany – around 6.4 to 6.7 percent of the population – the role of Islam in society occupies a prominent place in political discourse.

The new training center is being partly funded by the federal government, as well as local authorities in the state of Lower Saxony.

Chancellor Angela Merkel first spoke in favor of training imams on German soil in 2018, telling parliament it “will make us more independent and is necessary for the future”.

The German College of Islam is unique in two ways, according to chairman Esnaf Begic: all lessons are in German, and it aims to “reflect the reality of the life of Muslims in Germany”.

“We are German Muslims, we are an integral part of society and we now have the opportunity to become imams ‘made in Germany’”, said student Ender Cetin, who already works as a volunteer imam in a youth detention center in Berlin.

Until now, the vast majority of imams in Germany have been trained abroad, mainly in Turkey, and are also paid by their home countries.

About half of the 2,000 to 2,500 imams in the country are provided by the Turkish-Islamic umbrella group DITIB, a branch of the Presidency of Religious Affairs in Ankara that manages 986 mosque communities in Germany, according to a study by the Konrad Adenauer Foundation.

The rest come mainly from North Africa, Albania and the former Yugoslavia.

These religious leaders tend to come to Germany for four or five years, some on tourist visas, and know very little about the local culture and customs.

“These imams don’t speak the language of the young people, who often don’t even understand Turkish very well,” said Cetin, himself born in Berlin to Turkish immigrants.

“It is important that they are in touch with the realities of a multicultural society where Christians, Jews, atheists and Muslims live side by side.”

Many of the leaders are also officials of the Turkish state who “pursue a political agenda” in Germany, he said.

The influence of Ankara has long been a thorny question in Germany’s Muslim community, especially since the failed coup against President Recep Tayyip Erdogan in 2016.

In 2017, German police raided the homes of four imams, members of DITIB, suspected of spying on opponents or critics of the Turkish government.

But the training of imams with support from the German state is also controversial because it conflicts with the principle that religious communities alone are entitled to train their leaders.

For this reason, both DITIB and Milli Gorus, Germany’s second-biggest Islamic organization, chose not to participate in the creation of the German College of Islam, with DITIB launching its own training program in Germany last year.

Milli Gorus believes that the training of imams should be “free from external influences, especially political ones”, according to general secretary Bekir Altas.

But college chairman Begic says the institution was created with “absolutely no influence from the state, which did not interfere in the development of the programs”.

As for job opportunities, imams remain poorly paid and dependent on donations from the faithful. But Begic insists: “We are not an employment agency.”