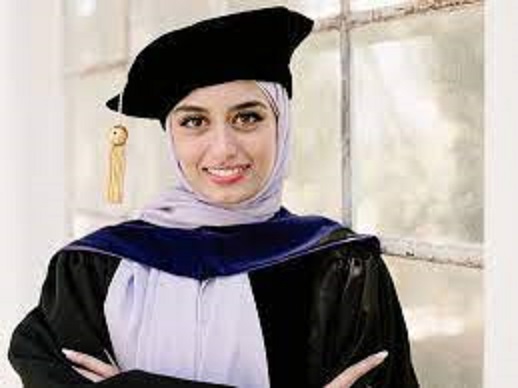 Shalabi wanted to know if she was the first, believing it matters for Muslim women not to be discouraged from wearing their faith.

According to rahyafte (the missionaries and converts website) A Muslim law student at the University of Washington is set to become one of the first – if not the first – students to go to graduation party while wearing Hijab.

“There aren’t many Muslim people. Period,” Malak Shalabi, 23, told Seattle Times. And, “throughout the years, I (didn’t) see a single (law school) graduate who was wearing Hijab. That’s kind of when it clicked for me.”

On Sunday, June 6, Shalabi will be one of 170 students in the University of Washington School of Law’s 2021 graduating class. Before the ceremony, Shalabi contacted past graduates via social media and asked the law school librarian and school administrators if they knew of any other Muslim graduates who wore Hijab.

Shalabi wanted to know if she was the first, believing it matters for Muslim women not to be discouraged from wearing their faith.

“No one should be discouraged because they don’t see a space for them in a particular field,” Shalabi said.

“My faith, definitely it guides my entire life practice. But to see me as ‘that Muslim girl’ is unfortunate … because otherwise you’re missing out on everything else I have to offer,” she added.

Sunday’s graduation party will be virtual due to COVID-19, therefore, Shalabi will celebrate it at home with family. Islam sees Hijab as an obligatory code of dress, not a religious symbol displaying one’s affiliations.

As more Muslim women work as legal professionals, two British Muslim junior barristers launched hijab for court designs last March after spotting a gap in the market. In May 2020, Raffia Arshad, 40, became the first Hijabi Muslim woman to become a judge in the UK Arshad was appointed a Deputy District Judge on the Midlands circuit after spending seventeen years working in law