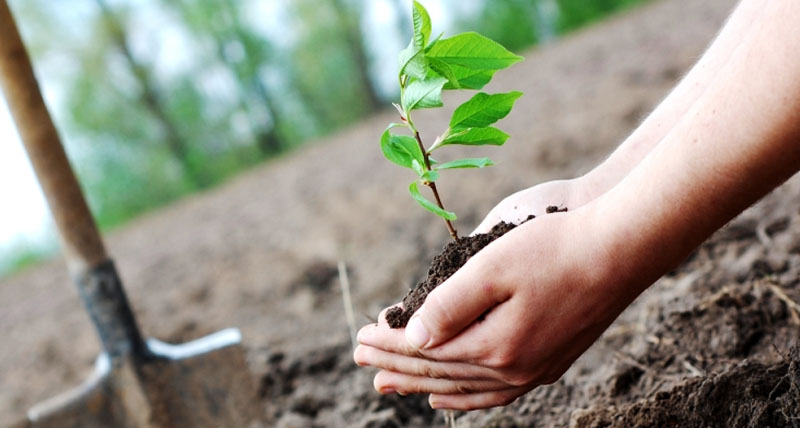 According to Quranic verses, Man, this living creature, represents a part of the natural system, which activates its components toward understanding and the coordination between each other. Thus, the natural world can be defined as the balance and the accurate, scientific, calculated equilibrium from the most learned and knowledgeable being.

According to rahyafte (the missionaries and converts website)Some Quranic verses speak about Human as a part of the natural environment he interacts with; gaining from it and likewise, giving to it. Human is also responsible for its growth as well as preventing vices and corruption in it.

There are more than 750 verses in the Quran that are related to nature. Fourteen chapters of the Quran are named after certain animals and natural incidents, such as: ‘the Cow’, ‘the Cattle’, ‘the Thunder’, ‘the Bee’, ‘the Ant’, ‘the Daybreak’, ‘the Sun’, ‘the Night’, ‘the Fig’ and ‘the Elephant’. Moreover there are many cases in which God takes an oath by some natural phenomena like: ‘the dawn’ (89:1) and ‘the fig and olive’ (95:1).

In numerous verses, the Quran states that all the natural phenomena have awareness of God and glorify God: And We made the mountains and the birds to celebrate our praise along with David (21:79 & 38:18) and there is not a thing but that it glorifies God with God’s praise but you do not understand their glorification (17:44).

In many verses the natural phenomena are characterised as divine signs indicating the knowledge, the wisdom and the power of God, such as:

“Most surely in the creation of the heavens and the earth and the alternation of the night and the day, and the ships that run in the sea with that which profits men and the water that God sends down from the cloud, then gives life with it to the earth after its death and spreads in it all (kinds of) animals, and the changing of the winds and the clouds that are made subservient between the heaven and the earth, there are signs for a people who understand.” Quran (2:164)

According to Quranic verses, Man, this living creature, represents a part of the natural system, which activates its components toward understanding and the coordination between each other. Thus, the natural world can be defined as the balance and the accurate, scientific, calculated equilibrium from the most learned and knowledgeable being.

Man is part of the natural world in his formation, growth and the continuity of his existence on this earth; interacting with the natural components and their environmental conditions, continuously. The Holy Quran, in many instances, has referred to man’s relationship with nature and the environment. Here, we quote some of the verses:

“And to Thamood (We sent) their brother Salih. He said: O my people! Serve Allah (SWT), you have no god other than Allah (SWT); God brought you into being from the earth, and made you dwell in it, therefore ask forgiveness of God, then turn to God, surely my Lord is Nigh, Answering.” Quran (11:61)

Consequently, the above-quoted verses have discussed the reality in the life of man, naturally and environmentally, viz:

Man was created from the earth and he grows from it, that water is a fundamental part of life, and that the Almighty Allah has colonized man in this world, i.e., He entrusted him with the building of it by using its natural resources and its good environmental conditions, so as to understand the power of the Almighty Allah and His blessings to him.