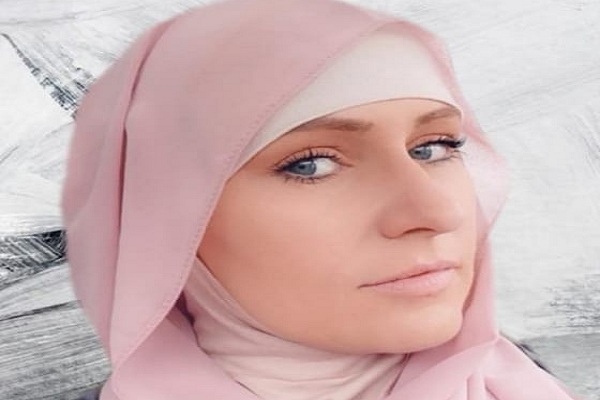 An American Muslim convert underlined the good feeling of wearing Hijab, describing it as “truly empowering”.

According to rahyafte (the missionaries and converts website):“Wearing hijab is honestly the best feeling. Sure, some days you will feel hot or maybe frustrated, but those feelings pass quickly. It’s truly empowering to be in hijab, Jaime Brown said in an interview on the occasion of the World Hijab Day.

Following is the text of the interview:

Q: Would you introduce yourself and tell us when you became a Muslim and started wearing hijab?

Brown: My name is Jaime Brown and I took my shahada (testimony, statement of faith) in Casablanca, Morocco in December 2010. I found Islam while living in Hollywood, CA and knew that I wanted to make hijra and say the shahada in a Muslim country. Really, I just wanted to start my life all over again as a Muslim and I knew I couldn’t do that living in LA with my same job, same friends, same atmosphere and same situations. I knew that I’d be like a new person as soon as I said my shahada so I wanted to start my life in a Muslim country where I was free to be…Muslim. When my flight landed in Morocco, I went to the airport bathroom to put on hijab for the first time. I didn’t do it very well, but from that day forward I’ve never taken it off. 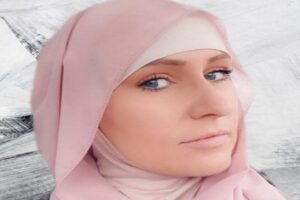 Q: What was your motivation for becoming a Muslim and wearing hijab, and why did you choose such a path?

Brown: I knew that parts of Christianity made no sense so I was always looking for answers–to no avail. When I read the Quran, it just made sense. I knew all of the answers I was searching for were in that book. And they were. So I said goodbye to my life of being a production manager for movies, TV, and music videos and living the glamorous life in Beverly Hills. I gave away everything I had and packed one suitcase, bought a one-way ticket to Morocco, and got on a plane to a country I’d never visited, didn’t have any friends or family there, and I didn’t speak French or Arabic. But alhomdollilah, everything worked out and it was the best decision I’ve ever made.

Q: How do you define hijab?

Brown: It’s not just a scarf or veil, it’s the way a woman behaves, carries herself, uses discretion, and protects her modesty and honor.

Q: As you know, February 1 marks the World Hijab Day. How important do you think commemorating this day is?

Brown: I think it’s critical to acknowledge that wearing hijab is a way of life and should be considered “normal” in every modern society. 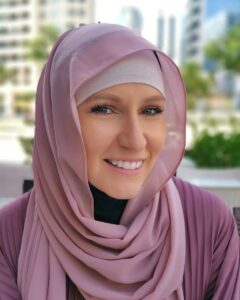 Q: What is your opinion about Islamophobic and anti-Hijab moves in the West and what should be done to deal with it?  What is the duty of governments?

Brown: I think France is the most radical in this sense and is by far the worst example of how the West should treat Muslims. Each government has a duty to protect its citizens– not create hate and unnecessary and unfair policies toward specific singled-out groups.

Q: In the end, if you have a special word, please tell us.

Brown: Wearing hijab is honestly the best feeling. Sure, some days you will feel hot or maybe frustrated, but those feelings pass quickly. It’s truly empowering to be in hijab, both internally and externally. It’s not just a piece of fabric, it’s so much more than that. 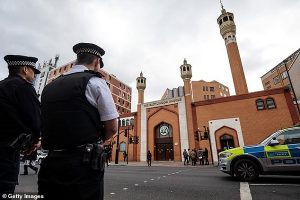 Mosques in UK Can Obtain Fund for Protection against Hate Crime