Date of Release :
29 October 2020 - 06:10
traffic website : 211
From an online game to a new life
When Zahra downloaded a game with ‘sexist’ ads, she didn’t expect to find friendship or discover Islam

After a while, Zahra started covering her hair on weekends, then at work by donning a head turban.

“Initially no-one said anything. Then after a couple of days, some of the team were curious. They were like, ‘Hey did you get a bad haircut, are you starting a new trend?'” she says, laughing. 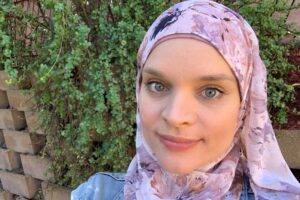 According to rahyafte (the missionaries and converts website):When Zahra Fielding downloaded an Ottoman-inspired phone game, she didn’t expect it would introduce her to new friends, let alone Islam.

In fact, the game caught her attention because of its suggestive nature.

“When I first downloaded the game, it was out of curiosity, coming across on Facebook ads — and really, intensely wrong ads,” she recalls.

“I’m like, ‘Surely there can’t be a game like this that would do that or talk about women in that way.'” 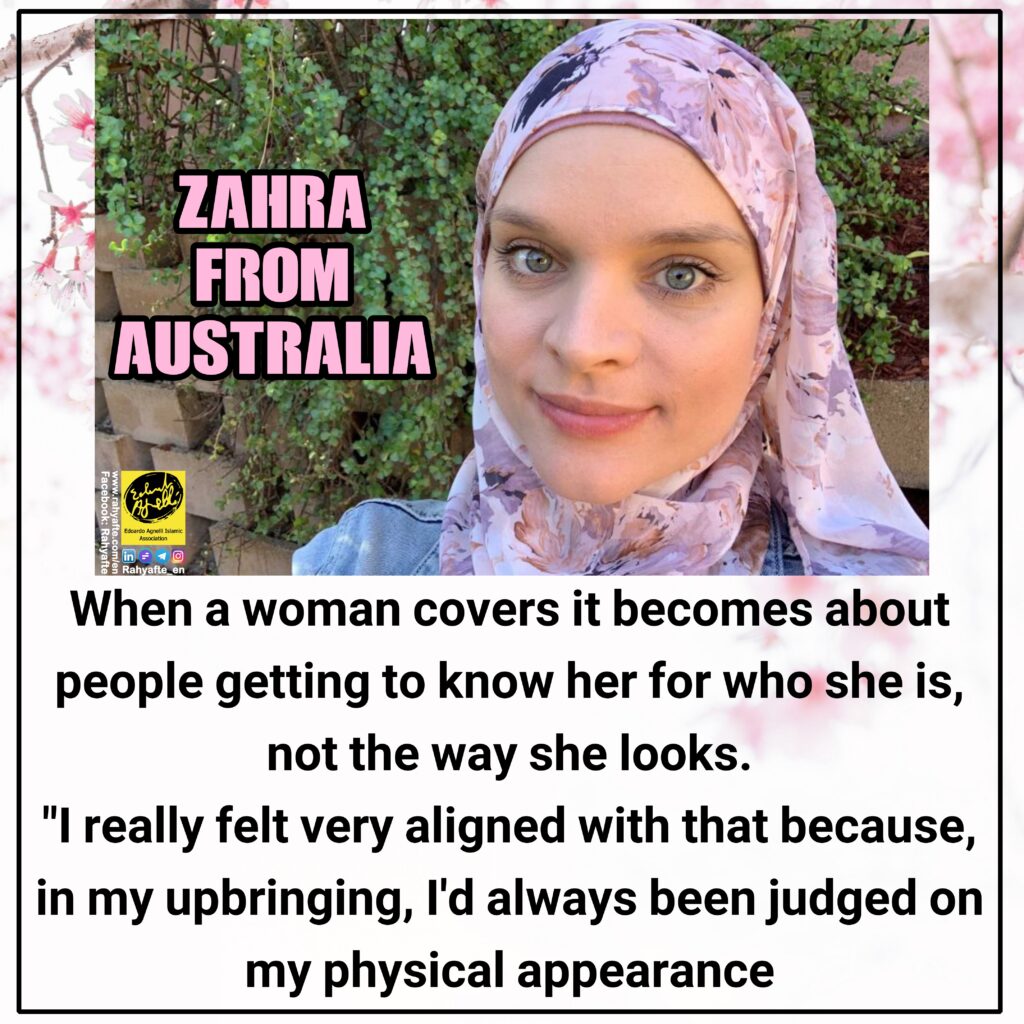 The app in question, Game of Sultans, is an empire simulation role-playing game. Players strive to become — and remain — the ruler of the Ottoman Empire, so much of the game is about forging alliances and fighting rivals.

Gamers are also encouraged to assemble their harem, choose wives and consorts, and foster heirs. But Zahra says the game isn’t as sexist as its publicity suggests.

Once she started playing, she joined a team with female players from Australia and Asia.

“The game came at such an important time in my life, perhaps. I was really lonely and feeling lost,” she recalls.

“And I just met like a wonderful group of people from different countries that I never would have an opportunity to connect with here.”

Zahra Fielding used to think the hijab was oppressive. Now, as a Muslim convert, she proudly wears the headscarf.(Supplied: Zahra Fielding)

One of those players was Kim Assikin, who lives in Singapore.

“When we first started messaging, there was an instant connection with her. I don’t know why, or how, but literally we’d finish each other’s sentences,” says Zahra.

When Zahra and Kim’s team started getting serious about their strategising, they created a chat group in Discord — a popular platform among gamers — and shared photos and bios about themselves.

At first, Kim was hesitant. She was the only hijab-wearing gamer in the team.

“I was a bit concerned — how would my teammates look at me, and then, will I be judged because of my religion?” she remembers thinking.

But Kim decided to be honest with her teammates. After all, they’d unknowingly helped her through a difficult time.

“I had just lost my father, before I started the game, so connecting with them gave me that peace, a little bit, and took my mind off losing my dad for a while,” she recalls.

‘I thought the hijab was a sign of oppression’

As Zahra became closer with her Muslim friend, she broached the topic of religion. At the time Zahra was atheist, and her perspective on Islam had been clouded by an experience in the past.

“My only prior exposure to Islam was [that] a few years ago, one of my best friends started dating a Muslim Afghan gentleman,” she recalls.

“He was, at the time, saying he was practising, but now knowing more about the faith, I see he wasn’t really. He was very controlling of her, very oppressive.”

For Zahra, the experience of her friend — who had started wearing the hijab — and negative portrayals of Islam in the media made her feel wary about women covering for faith.

“I thought that the hijab was a sign of oppression, but I’d never really had an opportunity to talk to anyone about it,” she says.

“So I asked Kim and … I just was blown away with how wrong I was.

“When a woman covers it becomes about people getting to know her for who she is, not the way she looks.

“I really felt very aligned with that because, in my upbringing, I’d always been judged on my physical appearance.”

From atheism to Islam

After chatting about the hijab, Zahra became curious about the faith as a whole. But Kim was reluctant to become the poster child for Islam.

“I’m afraid because I’m not an epitome of a Muslim woman. I always thought I am a rebel.”

When Kim was growing up, she says her mother forced the religion, and hijab, upon her. She was brought up with restrictions, and often looked for loopholes.

“When [Zahra] asked me questions, it made me reflect on myself, on my faith, whether I have been practising enough,” she says.

Kim says she felt honoured that Zahra wanted to talk about Islam and, privately, she prayed to God: “If she’s meant to find you, please make it easy for her.”

Zahra insists Kim was the opposite of a proselytiser.

“Kim was so reserved and, if anything, I had to extract information out of her because she was so conscious of not forcing her faith on me,” she says.

“Had someone else tried to purposely bring me towards Islam, it just never would have worked. I would have rebelled against that.”

But the more Zahra learned about Islam, the greater affinity she felt with the faith.

“This has been a journey for me, I didn’t just come out and say, ‘Hey guys, I’m going to become a Muslim,'” she points out.

“It started with asking Kim one day, ‘Is it offensive for me to try on the hijab? I’d really like to wear it and see what that feels like.'”

After a while, Zahra started covering her hair on weekends, then at work by donning a head turban.

“Initially no-one said anything. Then after a couple of days, some of the team were curious. They were like, ‘Hey did you get a bad haircut, are you starting a new trend?'” she says, laughing.

“It became an organic conversation. ‘Well, I’m actually learning more about Islam and I’m not sure if I want to wear hijab or not, so I’m finding out.'”

Marriage and moving to Malaysia

Earlier this year, Zahra began attending Kuraby Mosque in Brisbane and made her Shahada, the Islamic profession of faith.

She’s one of thousands of Westerners who convert to the faith annually, though Zahra prefers the term “revert” because she says in Islam, everyone is born Muslim.

And her journey is still unfolding — both online and in real life.

“I let the sister who did my Shahada know that I would be interested in looking into an arranged marriage, because I’m tired of being heartbroken and I’d like a husband,” Zahra explains.

“She said she’d put together my profile, then I jumped onto this Muslim marriage app.”

Just as Zahra formed an unexpected international friendship with Kim on a mobile phone game, she’s now met her fiance online, too.

“He does digital editing for a [Muslim] revert organisation in Kuala Lumpur, so he was really fascinated with my story and wanted to know about how I found Islam,” she says.

“After a couple of days [of chatting], I’m like, ‘OK, I need to try and keep the relationship halal, how do we do that when he lives in Malaysia, I live in Australia?'”

A “halal relationship” is one that’s permissible under Islamic law. Generally the couple’s families must meet early on, to ensure the relationship isn’t hidden.

In Zahra’s case, geographical distance didn’t stop this ritual. She and her fiancé introduced their mums via video chat and, she says, “the rest has been history”.

As soon as travel restrictions lift, she’s moving to Malaysia to get married.

Kim says she’ll be there for the wedding — “Inshallah” — ready to meet her gamer friend for the first time, outside of the Ottoman Empire. 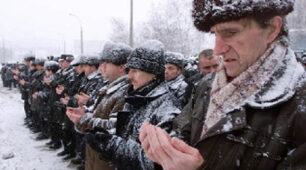