Hall of Fame wrestler Antonio Inoki is remembered by many for his physical prowess and his legendary 1976 battle against the great Muhammad Ali. But now, years after retiring from his beloved sport, Inoki is making a new name for himself — quite literally. 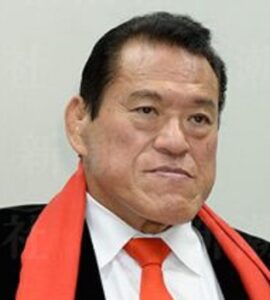 According to rahyafte (the missionaries and converts website): Long known for his passion for peace-brokering on behalf of his native Japan, Inoki — who, in 1990, was sent as a special envoy to Iraq to negotiate with Saddam Hussein over the release of Japanese hostages — visited Pakistan in December to take part in an international peace wrestling competition and to celebrate 60 years of sporting relations between Japan and the South Asian nation.

Inoki, who identifies himself as a “peace ambassador,” was also in Pakistan to set up a government-backed wrestling academy, Pakistan’s The Nation reports. 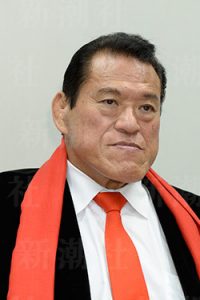 He practices both Islam and Buddhism and become an emblem of religious tolerance, garnering support for his faith from all corners of the globe.

According to Press TV, Inoki received a “Hero’s welcome” when he arrived in Pakistan recently. The wrestler first visited the country in 1976 to battle in the ring with famed Pakistani wrestler Akram Pahalwan, while a stadium brimming with nearly 50,000 spectators looked on.

Earlier that same year, Inoki had faced off with Muhammad Ali, in what the Guardian described as a “prototype mixed martial arts fight” in Tokyo. Ali wore gloves, Inoki didn’t. The two essentially competed for the title of “toughest man on the planet.” The fight ended in a tie.

When Inoki was in Pakistan, the Express Tribune reports that he paid homage to his old opponent Pahalwan by visiting his grave. He also talked about his conversion to Islam and mentioned his old foe and fellow Muslim convert, Muhammad Ali (formerly Cassius Clay).

“When I converted, people suggested that I change my name to Muhammad Ali but I turned down the idea as I had already fought against the great boxer Ali.”

During his trip, Inoki — who in 2010 became the first Japanese person to be inducted into the World Wrestling Entertainment’s Hall of Fame — also said that he hopes to help further strengthen the diplomatic ties between Pakistan and Japan, and to continue bringing the message of peace around the world