After the marriage, which occurred when he was twenty-five years old, the Prophet began the life of a manager of his wife’s fortunes, until the age of forty. Up and until this time, he gained a widespread reputation for wisdom and trustworthiness. 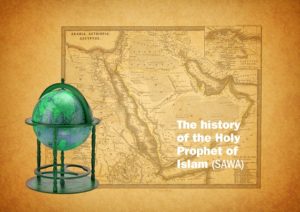 According to rahyafte (the missionaries and converts website)The last prophet of God is Muhammad – upon whom be blessings and peace – who possesses a book and a Shari’ah and in whom Muslims have placed their faith. The Prophet was born fifty three years before the beginning if the hegira calendar in Mecca. 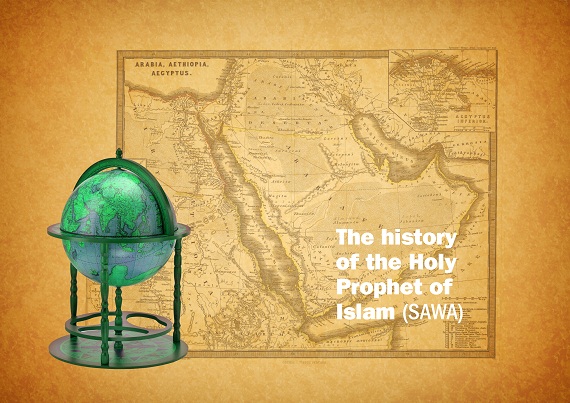 He was bornin the Hijaz amidst the family of BanyHashim of the Tribe of Quraysh. This family was considered the most honored of the Arab families. His father was known as ‘Abdallah and his mother, Aminah. He lost both parents at the beginning of childhood and was placed under the care of his paternal grandfather, ‘Abd al-Muttalib, who also soon passed away. At this time, the Prophet’s uncle, Abu Talib, took charge of him and became his guardian, going so far as to take him into his own house. The Prophet grew up in his uncle’s house and even before reaching the age of adolescence used to accompany his uncle on journeys by caravan.

The Prophet had not received any formal schooling and therefore did not know how to read and write. Yet, after reaching the age of maturity he became famous for his wisdom, courtesy, and trustworthiness. As a result of his sagacity and trustworthiness, one of the women of the tribe of Quraysh named Khadijah, who was well-known for her wealth, appointed him as the custodian of her possessions and left in his hands the task of conducting her commercial affairs.

The Prophet once journeyed to Damascus with her merchandise and as a result of his skill in commerce,he was able to make an outstanding profit. Soon thereafter she asked to become his wife and the Prophet accepted her proposal. After the marriage, which occurred when he was twenty-five years old, the Prophet began the life of a manager of his wife’s fortunes, until the age of forty. Up and until this time, he gained a widespread reputation for wisdom and trustworthiness.

He refused, however, to worship idols, as was the common religious practice of the Arabs of the Hijaz. Occasionally, he would make spiritual retreats (khalwah) in which he prayed and discoursed secretly with God. At the age of forty while in the cave of Hira’, in the mountains of the Tihamah region near Mecca, he experienced an event that would forever change his life and the course of human history. While he was in spiritual retreat, he was chosen by God to become a prophet and was given the mission of propagating the new religion.

At that moment the first chapter of the Quran (“The Blood-Clot” chapter [‘alaq]) was revealed to him. That very day he returned to his house and on the way met his cousin, Ali ibnAbiTalib who upon hearing the account of what had occurred, declared his acceptance of the faith. After the Prophet entered the house and told his wife of the revelation, she likewise accepted Islam. 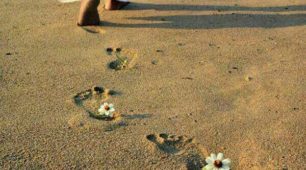