My life for the sake of Allah 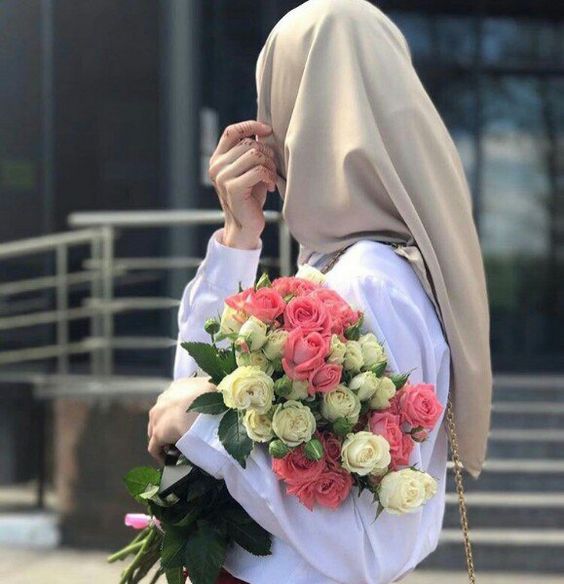 Islam, Judaism and Christianity all Come from the Same Root.

According to Rahyafte (the missionaries and converts website):An Exclusive Interview of a Revert to Islam, from Belfast, Northern Ireland, by Fereshte Sadat Rahimi

Salam, in another 11 days, it will be exactly 2 years since I took my Shahada. It has been an interesting journey, a road filled with stumbling blocks, hesitations and little victories. I am the person I am today because of all that has happened in these last 2 years and Alhamdulillah for every moment.

I was born in Belfast, Northern Ireland when there was a heavy British Army presence and the IRA were at their peak. My parents were not political, they did not involve themselves in sectarian issues and kept our family safe and protected from all that was going on around us. We were church going protestants. Sunday mornings were spent singing hymns and listening to bible readings. On Sunday afternoons we went to Sunday school and on Sunday evenings we went to the evening service. During the week, my parents went to Bible studies and prayer meetings. So we were a very religious family.

Many serious events took place in my life growing up… but the telling of these experiences will be for a different time. I have already previously shared my journey to Islam but didn’t relate how my own family reacted to my becoming a Muslim… I will do this now.

I am 55 years old, separated and awaiting divorce. Sometimes in life, two people who realise that they should not remain together in marriage have to come to the difficult decision to part ways. In a nutshell, that is where I found myself several years ago.

I live in the Republic of Ireland and have been living here since I was 13 years old. I went ahead of my family before they moved from Northern Ireland. I was sent to a boarding school and have to say, the two years I spent there were amazing. I loved everything about boarding, to me it was like being at a really long summer camp.

I am skipping a lot of my life story to the present day. In brief, you should know that my ex-husband and I have 4 adult children. A daughter and 3 sons. My daughter is married and my sons have finished university and are finding their own way in life. At first, when I became a Muslim, I didn’t tell anyone in my family but it soon became evident that something had changed. My children talked a lot with me about my new life as a Muslimah, they wanted to know about everything but mostly, they needed assurance that I wasn’t going to change towards them, they feared the “unknown” as none of them know any Muslims. In fact, the only Muslims I knew were a family who went to the school where I used to work. My own sister and brother were hesitant to ask me questions and to this day, don’t really show any negative or positive reaction… they are indifferent.

My mother’s reaction was quite typical considering the kind of person she is… she asked “Could you not join a more peaceful religion… like Buddhism?” The irony of her question was not lost on me as I had just become aware of the ethnic cleansing being carried out on the Rohingya people of Myanmar. I have had interesting conversations with her since then.

You know what? It hurt me deeply when I came to realise that what I had been told as a child, teenager and young adult was not in fact true.

I reckoned that He who created the universe, the creatures of the earth, the mountains, hills and plains was MORE than capable of being Father, Son & Holy Spirit because He was outside of time… He created the Space/Time Continuum, He created light, the speed of light… He was God, so the Trinity wasn’t an issue… ever.

It was when I began to listen to dawah, really good specific dawah, intelligent dawah, clear & concise dawah, informed and educated dawah that the veil began to lift from my eyes and it was such a painful heartbreaking experience.

This wonderful story of God humbling himself and coming to earth to live among us… to ultimately die a horrific death on a cross for ALL of humanity was…. Just that…. A story. When emotional attachment to something we have always believed is removed, we find ourselves looking at the facts, the truth… and no matter how much it hurts, the truth, the Haqq MUST be believed.

I believe that Allah Subhanuhu wa ta’ala guided me to the evidences I needed to hear, evidences of how the Bible as I knew it – a collection of books – was a mixture of historic writings, gathered from many places, from many writers, put in chronological order but had ultimately been corrupted at different intervals according to the political powers who were in control at different times throughout history.

My taking Shahadah was something I took very seriously, it was a huge transition, in fact the ultimate transition of my life. As I mentioned earlier I have hit stumbling blocks along my journey, one of which was the decision to wear hijab. My parents always had a hard time getting me to wear a hat to church. I hated wearing anything on my head, I just wasn’t a hat person, I found it uncomfortable and couldn’t wait to take it off! Wearing hijab has again brought up that resistance in me but it seems to have been multiplied x100… I am hot all the time as I’m going through the menopause… I’m a woman who constantly keeps the windows open, even in winter!

So you can imagine how uncomfortable I am wearing hijab… but I do it. Why? For the sake of Allah and that’s the only reason. Do I resent it at times? Yes, often I feel like I’m boiling and really stifled but… I persevere for the sake of my Creator. My family know this about me and are amazed that I wear it. They have no opinion of me wearing hijab other than they respect my decision and are concerned for me when they see perspiration dripping down my face!

All of what I love about Islam are things I feel I already knew in my heart. Things I was taught about God growing up have enormous similarities to what I have learned about Allah Subhanahu wa ta’ala. Islam, Judaism and Christianity all come from the same root. In Islam however we have our beloved prophet, peace be upon him, who was the last and final messenger who brought us the Haqq through Jibril… It is through him that we have the Qur’an… the preserved, uncorrupted, glorious and majestic words of Allah. There are so many, many beautiful aspects to Islam that I couldn’t possibly pick any one above another but I will share an ayah that really comforts, inspires and fills me with the magnitude of His Glory…..

” Allah! There is no god but He – the Living, The Self-subsisting, Eternal.

No slumber can seize Him Nor Sleep. His are all things In the heavens

and on earth. Who is there can intercede In His presence except As he

permitteth? He knoweth What (appeareth to His creatures As) Before

or After or Behind them. Nor shall they compass Aught of His

knowledge Except as He willeth. His throne doth extend Over the

heavens And on earth, and He feeleth No fatigue in guarding And

preserving them, For He is the Most High. The Supreme (in glory).”