On the 10th day of Muharram, on the day of Ashura, millions of Muslims will come to commemorate the martyr of Imam Hussain ibn Ali (AS) the third caliph of Islam and grandson to the last prophet of God (PBUH). 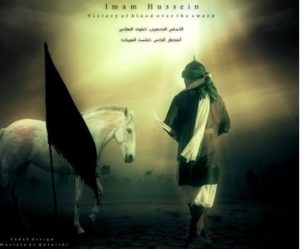 According to rahyafte ( the missionaries and converts website): Hussain is from me and I am from Hussain.” – Prophet Mohammed (PBUH)

On the 10th day of Muharram, on the day of Ashura, millions of Muslims will come to commemorate the martyr of Imam Hussain ibn Ali (AS) the third caliph of Islam and grandson to the last prophet of God (PBUH). 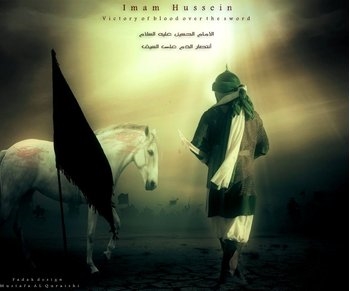 On this day, which day will forever echo with the deceit and betrayal of Yezid ibn Muawiyah, the self-proclaimed commander of the faithful, a man whose darkness and villainy will only ever be matched by the depth of his falsehood and the heresy of his manners, Imam Hussain’s blood was spilled (AS) on the soil of Karbala along that 72 members of his blessed family and companions.

If Ashura has always rung heavy with religious significance, a day which has seen across the ages great deeds and miracles performed, it has now come to symbolize utmost courage and determination before tyranny. If on that very day the most extraordinary of feats took place, Imam Hussain’ (AS) stand in the face of evil, his refusal to bow before injustice has surpassed them all, stamping Ashura forever as a day of great sorrow.

Let us not forget that it is on Ashura that God had mercy onto Prophet Nuh (AS) and his companions by saving them from the flood, it is also on Ashura that God extinguished the fire king Nemrod had thrown Prophet Ibrahim (AS) into to prove his superiority as a deity. Again, it was on Ashura that God spoke to Musa (AS) and on Ashura that Prophet Ayyub (AS) was restored to health after leprosy had but completely ravaged his body. For every age of men, from the very first prophet sent forth onto the earth to reveal God’s message, Ashura has been a constant reminder of God’s greatness, mercy, boundless compassion, mightiness and wrath for those who dare defy His will.

Long before Imam Hussain (AS) laid down his life in the name of justice as to honour the legacy left before him by his father, Imam Ali (AS) and his holy grand-father, the last messenger of God (PBUH), Ashura was hailed a religious marker of utmost sanctity.

Ashura in the hadiths

In another hadith, Ibn Abbas (AS) said: “I never saw the Messenger of Allah (peace and blessings of Allah be upon him) so keen to fast any day and give it priority over any other than this day, the day of Ashura, and this month, meaning Ramadhan.”[Reported by al-Bukhari, 1867]

If history has been paved, carved and defined by key crucial events, events of utmost resonance and significance, the death of Imam Hussain (AS) in Karbala, the betrayal he suffered by the hands of those who called themselves the servants of God, would be that one moment which shifted humanity on its very axis and quite simply led the heavens to stand still.

Prophet Mohammed (PBUH) stressed upon receiving knowledge of Imam Hussein foretold martyrdom, “As a result of the assassination of Hussain such a warmth will be kindled in the hearts of the believers that shall not become cold till the Day of Resurrection.”

And indeed … to this very day, tears have yet not dried. To this day, the people of Imam Ali (AS), those who pledged themselves – body and soul – to Ahl al Bayt (house of the prophet) have felt in their heart the painful bite of a loss which words cannot encompass, let alone describe. With Imam Hussein (AS) last breath it is as if the joy and light of the world were ripped off of our hands … such was the brilliance of his leadership and the kindness of his heart. Ever since that fateful day we have been but orphans lost in the dark, forever yearning to be reunited with the one we held most dear.

In the words of Mohammad Iqbal, “Imam Husain uprooted despotism forever, till the Day of Resurrection. He watered the dry gardens of freedom with a surging wave of his blood, and indeed he awakened the sleeping Muslim nation. If Imam Husain had aimed at acquiring the worldly empire, he would not have travelled the way he did. Husain weltered in blood and dust for the sake of truth. Verily, therefore, he becomes the foundation of the Muslim creed ‘La Ilaha Il-lallah,’ meaning, there is no deity but Allah (God).”

With his grand-father, father and elder brother having been put to rest, Imam Hussein (AS) was left to carry the legacy of Islam. As he stood before Yezid’s assassins he came to embody everything that Islam is and everything that a Muslim should ever hope to become in terms of fortitude and utter submission to God’s command.

Rather than betray his oath before God, rather than bow before evil to save those he loved most dearly, Imam Hussein (AS) chose instead to fight a fight he knew he could not win. He chose to stand against all odds before the evil of Yezid as to free all those who would come after him and learn from him. With his death, Imam Hussain (AS) lit up a way for all Muslims to follow, he became the flame which never dies; the rod upon which we can all grab onto and a mercy onto those who think themselves too weak before adversity.

To this day, Imam Hussain (AS) death has inspired men to push past their limitations and stations in order to fulfil Islam’s most sacred oath – that before evil one does not waver or bargain.

In 680, 77 year-old Muawiyah, the man who betrayed Imam Ali (AS) and stood in opposition of his rule out of pure greed and contempt for Islam was buried in great pomp in Damascus. Even though Muawiyah had previously sworn an oath to Imam Hassan (AS) that he would not appoint an heir to his caliphate, the despot renege on his word – as cowards always do – crowning his son, Yezid, leader of the believers.

In the holy city of Medina, the mosque became filled with groans and silent tears at the decisive emergence of a dynastic monarchy triumphing over the religion of God. From Kufa streamed a series of messengers, calling upon Imam Hussain (AS) in Medina to ride north and lead them against the usurpation of the Islamic world by 37 year-old Yezid, a man well-known for his debauchery, and to reclaim his legitimate place as the head of the Ummah.

As his blessed father and his brother did before him, Imam Hussain (AS) took it upon himself to lead those who looked up to him for guidance, knowing in his heart that such task would require of him the ultimate sacrifice. For in real leadership, there is only selfless abandonment.

But as Imam Hussain (AS) ventured out onto the desert to defy evil and demand just retributions, few dared joined him for too many lacked the courage of their convictions. Accompanied by a few loyalists and family members, Imam Hussain (AS) marched on, followed closely by a band of assassins sold to Yezid’ service.

Soon, a detachment of cavalry under the command of Hurr from the Kufa garrison emerged to bar the direct path to Kufa, but also to stop Imam Hussain (AS) from turning back to Mecca. Cornered and alone – none of the Bedouins tribes would come to the rescue of Ahl Al Bayt at its time of greatest need – Imam Hussain (AS) and his company were forced to camp in Kerbala, awaiting to meet their fate.

Under the direct command of Kufa governor, Ubaydallah, Amr, head of cavalry unit, was told to deprive Imam Hussain (AS) of all water until he, and his men had pledge unconditional submission to Yezid.

Despite the crippling thirst imposed on his young family – Imam Hussain 6-month-old son was amid the company – he refused to submit to the unconditional pledge demanded of him as it would have equated to denying the truth of Islam.

The dignity with which Imam Hussain (AS) conducted himself had by now so impressed Amr ibn Saad that he began to waver in his mission. But Amr was soon replaced by Shamir, a man whose heart was empty of religion.

Imam Hussain (AS) now feared the worst, and on the evening of the 9th of Muharram 680 he ordered his close kinsmen and young family to leave the camp and seek refuge with the enemy. This they would not do, even though by then Imam Hussain’s infant son (AS) Ali was delirious with fever, already at death’s door.

In the morning, on the 10th of Muharram, on Ashura, Imam Hussain’s loyal 70 (AS) ranged against Yezid’s 4000 mercenaries, unconcerned by the prospect of death, determined never to allow tyranny to stand in the way of the righteous. Such courage has yet to be matched.

As the small band advanced they were cut down by the massed ranks of archers, who fired shower upon pitiless shower, so that the arrows felt like a hailstorm upon them. Neither Imam Hussain (AS) 10 year-old nephew, Kasim, nor even his infant son, Ali was spared, as one by one the family of the last prophet of God (PBUH) was slained. If it wasn’t enough, the cavalry then set out to trample over their bodies.

Before dusk had settled over the fields of Kerbala, 70 heads had been rolled out from bloodied leather sacks onto the palace floor of the governor of Kufa.

The news of Kerbala sent a ripple of horror across the Islamic world. Yezid the murderer, Yezid the bloodthirsty, Yezid the evil doer had robbed the world of a light he could himself not comprehend.

And yet … every year on Ashura, as millions of Muslims come together to mourn Imam Hussain’s death (AS) and remember his ever-lasting bravery and chivalry, it is Islam’s very spirit which come to be renewed, for through our tears Imam Hussain (AS) will never die, for his name will forever be on the lips of his followers, for his deeds will forever held us within our pledge.

Such are the people of Ali (AS), such are those who chose to bind their fate to the house of the prophet of God (PBUH), come what may. 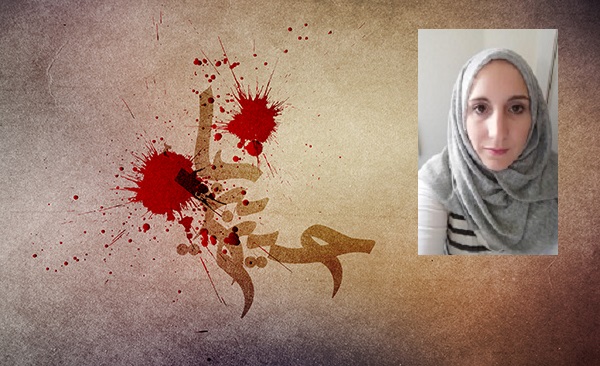 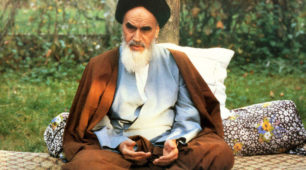 If Imam Khomeini did not exist… 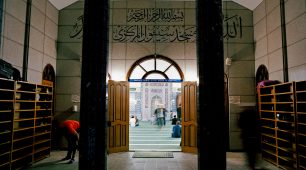