According to “The Almanac Book of Facts”, the population increased 137% within the past decade; Christianity increased 46% , while Islam increased 235%. According to “The Almanac Book of Facts”, the population increased 137% within the past decade; Christianity increased 46% , while Islam increased 235%.
In a recent poll in the (US), 100,000 people per year in America alone , are converting to Islam. For every 1 male convert to Islam, 4 females convert to Islam, Why?
It is clear why Christians are converting.
1. Christian Scientists are declaring the Quraan is from God. Visit Here for Christian and atheist Scientists who convert to Islam and why: http://wings.buffalo.edu/sa/muslim/library/jesus-say/ch13.htm
2. The Christian Bishops and Priests are admitting the Bible has tensions. http://wings.buffalo.edu/sa/muslim/library/jesus-say/ch2.1.html
3. Jesus is a Muslim: http://www.geocities.com/Athens/Agora/4229/jam.html
The question still remains, why are more women converting than men to Islam? Perhaps they realize their Soul is worth the Factual Research.
1. The Bible Convicts Women as the original Sinners, ( i.e. Eve picking from the forbidden tree){Genesis 2:4-3:24}. The Holy Quran Clarifies it was Adam Not Eve {The Holy Quran 7:19-25}
2. The Bible says, “The Birth of a Daughter is a loss” {Ecclesiasticus 22:3}. The Holy Quran says both are an Equal Blessing {The Holy Quran 42:49}
3. The Bible Forbids Women from Speaking in church {I Corinthians 14:34-35}. The Holy Quran says Women can argue with the Prophet {58:1}
4. In the Bible, divorced Women are Labeled as an Adulteress, while men are not {Matthew 5:31-32}. The Holy Quran does Not have Biblical double standards {The Holy Quran 30:21}
5. In The Bible, Widows and Sisters do Not Inherit Any Property or Wealth, Only men do {Numbers 27:1-11} The Holy Quran Abolished this male greediness {The Holy Quran 4:22} and God Protects All.
6. The Bible Allows Multiple Wives {I Kings 11:3} In The Holy Quran, God limits the number to 4 only under certain situations (with the Wife’s permission) and Prefers you Marry Only One Wife {The Holy Quran 4:3} The Holy Quran gives the Woman the Right to Choose who to Marry.
7. “If a man happens to meet a virgin who is not pledged to be married and rapes her and they are discovered, he shall pay the girl’s father fifty shekels of silver. He must marry the girl, for he has violated her. He can never divorce her as long as he lives” {Deuteronomy 22:28-30}
One must ask a simple question here, who is really punished, the man who raped the woman or the woman who was raped? According to the Bible, you have to spend the Rest of Your Life with the man who raped You.
The Holy Prophet Muhammad (S.A.W.) Says {Volume 9, Book 86, Number 101} Narrated by Aisha:” It is essential to have the consent of a virgin (for the marriage)”.
Would the Christian men Reading this prefer the Women they know to Be Christian or Muslim?
8. The Bible also asks Women to wear veils as in Islam {I Corinthians 11:3-10}, this lowers the chance of rape, (God Forbid).
9. Women were given rights to Vote less than 100 years ago in the (US), while the Holy Quran (42:38) gave Women Voting rights almost 1,400 years ago.
10. Islam has unconfined Women and has given them the human right to reach for the sky. There have been Muslim Women Presidents through out the centuries, but to this date, the oppressive mentality of the men in the Western U.S.A. has stopped any Women from becoming Presidents in predominately Christian countries, while the Muslim countries have voted for and elected Female Presidents.
The comparison goes on and on, to hear from some of these Converts, including Nuns, and Many Famous People, visit here; http://www.usc.edu/dept/MSA/newmuslims/ 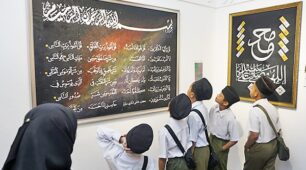 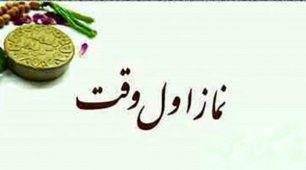