“Islam is a faith of peace and no one has the right to kill anyone. CAIRO – Facing bullying because of his faith and race, an Australian Muslim, who chose to be a boxer to defend himself against intimidation, has

become one of his country’s featherweight boxing champions, setting a role model for Muslim youth.

“My dad made us play team sports, he saw it as a great way for us to fit in with all the other kids,” Billy Dib, an Australian featherweight champion, told the Daily Telegraph on Sunday, November 30.

The 29-year-old Dib has turned to boxing at the age of 12 after being discriminated against by his colleagues at school because of his Middle Eastern roots.

The son of a Palestinian mother and Lebanese father used to shun schools in New South Wales over bullying he had faced during the early 1990s.

Being different with a severe asthma, Dib was made an easy target for bullies in Engadine.

After years of training, Dib became a world boxing champion, overcoming bad memories from his childhood.

However, Dib with dual featherweight world championships still feels he “don’t fit in”.

The Muslim champion has advised people who are facing discrimination to speak out and not be ashamed.

“If you are being bullied, speak up. Don’t let it happen. I didn’t because I was afraid that if I dobbed I would get more beaten up,” he said.

“I remember going home with a black eye and telling my mum … that I had accidentally been hit by a tennis ball in the eye. I didn’t want to upset my mum.”

Dib’s family, which has moved to NSW a few decades ago, has been trying to improve the image of Islam in Australia’s most populous state.

“We were seen as different so we had to work hard to make a good impression,” Dib, Billy’s father, said.

“Islam is a faith of peace and no one has the right to kill anyone.

“I just ask people to not judge Muslims on the actions of this small minority and keep an open mind to our faith,” he said.

Muslims, who have been in Australia for more than 200 years, make up 1.7 percent of its 20-million population.

In post 9/11-era, Australian Muslims have been haunted with suspicion and have had their patriotism questioned.

A new national survey has found that a quarter of Australian population has a negative attitude towards Muslims, amid increasing racial attacks against the religious minority.

The survey found that people over 65 and educated to year 11 are the most likely to be highly intolerant towards Muslims, unlike young people, between 18 and 44, who have the least negative opinion 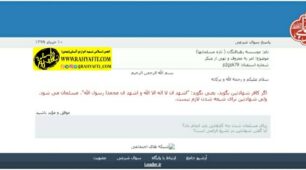 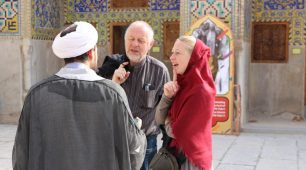